P. Diddy Blasts Comcast for Dragging Him Into Discrimination Lawsuit

Executives at the cable provider have used the rap mogul's name and his REVOLT channel as an example of their inclusivity of minority-owned channels amid legal battle with Byron Allen.

AceShowbiz - P. Diddy has slammed his business partners at Comcast for using his name and his Revolt channel in a Supreme Court discrimination case.

Executives at the cable provider used the rap mogul's name and channel as an example of their inclusivity of minority-owned channels, amid a legal battle with Byron Allen, who claims they have refused to carry his channels, while favouring "lesser-known, white-owned" networks, according to TMZ.

Attacking the network chiefs for dragging his name into the spat, Diddy tweets: "While it is true that we are in business with Comcast, it is not accurate to use my name or my network as an example of inclusion. I do not want my name to be used inaccurately so I must speak my truth." 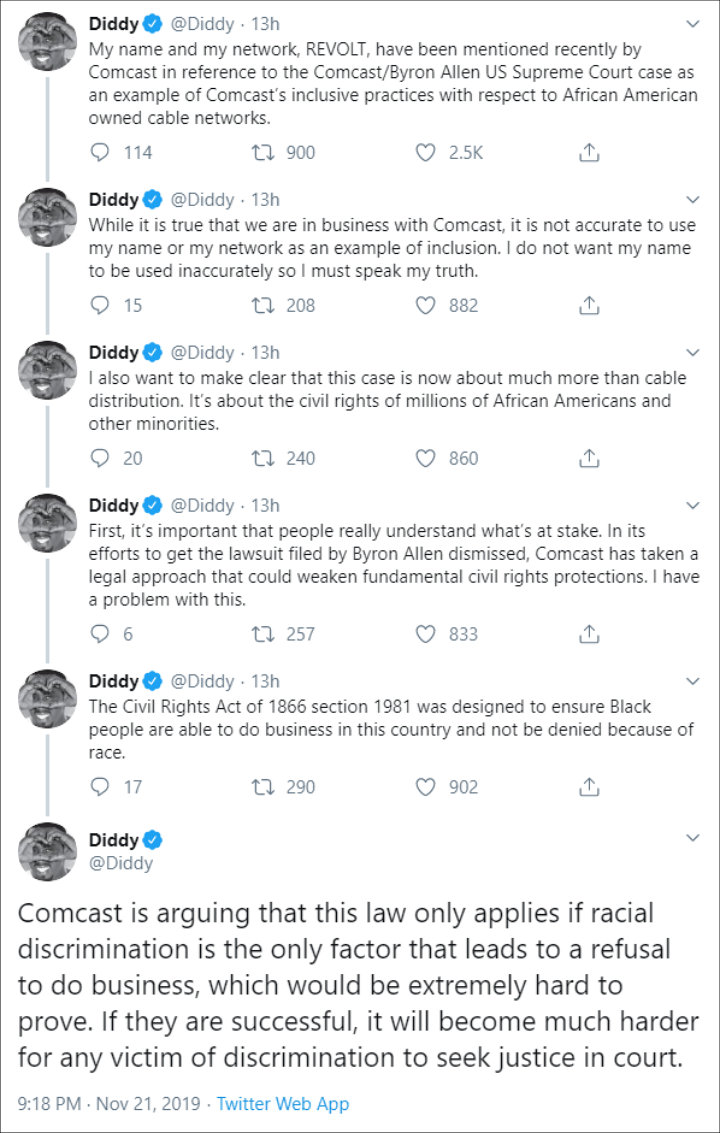 In the simplest terms... Comcast wants the Supreme Court to rule that under the Civil Rights Act of 1866, Byron must prove racial discrimination is the "sole cause" for it rejecting his channels. "If they are successful, it will become much harder for any victim of discrimination to seek justice in court."

Mandy Moore on Moving Past Self-Doubts and Self-Criticism: None of That Matters