Hilaria Baldwin on Second Miscarriage in a Year: Not a Nightmare, Just a Sad Reality

Making use of her social media account to share the heartbreaking news, the wife of Alec Baldwin assures that she will be OK, adding that 'there is still beauty, even in darkness.'

AceShowbiz - Alec Baldwin's wife, Hilaria, has thanked fans for their support after suffering a second miscarriage in a year.

The health and wellness expert revealed on Monday, November 11, that she and her husband had been left "devastated" after the loss of another unborn child, and fans swarmed to offer their condolences.

Hilaria returned to social media hours later to share the relief the outpouring of support she had received overnight had brought her.

"Today opened and it was not a nightmare... just a sad reality," she wrote on Instagram. "Thank you for all of your kind and sympathetic words. I didn't know so many tears existed in the body. I'm trying to be present for my grief but understand that life goes on and there is still beauty, even in darkness (sic)." 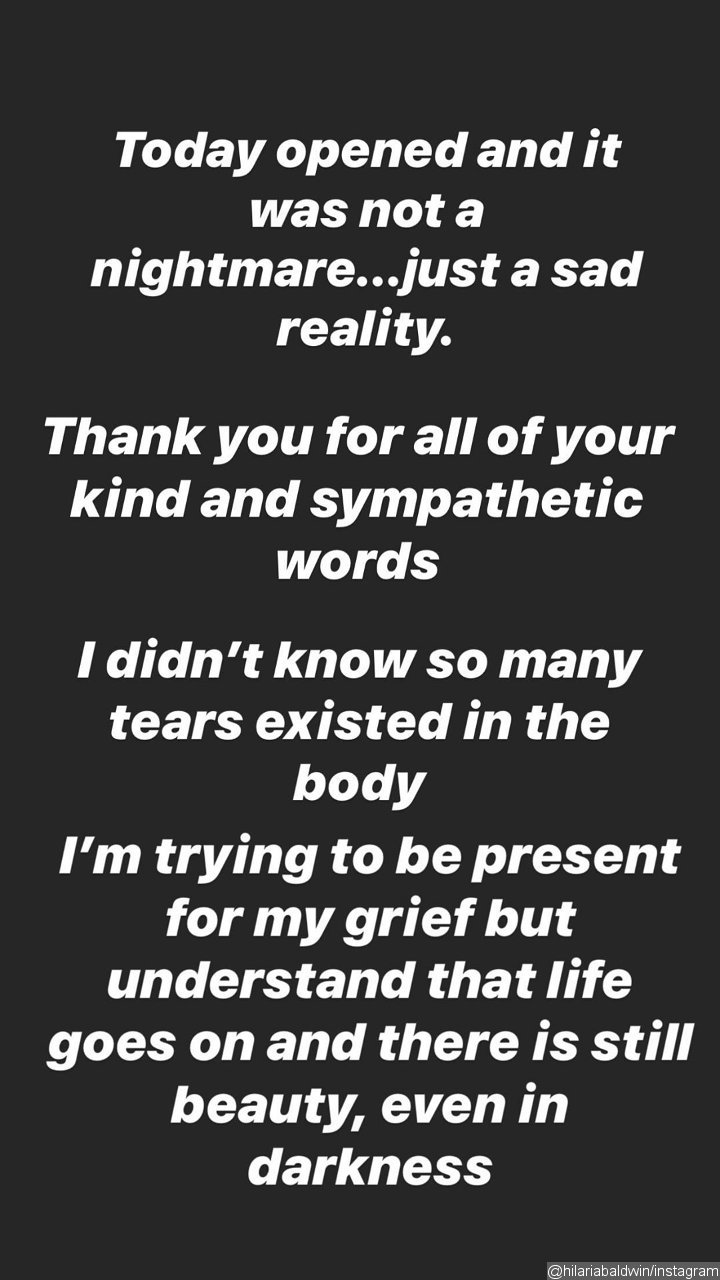 The 35-year-old previously revealed she had learned of the miscarriage during a scan on Monday.

"We are very sad to share that today we learned that our baby passed away at 4 months," she wrote.

Hilaria, who also suffered a miscarriage in April, added that "even though we are not ok right now, we will be."

The yoga instructor has four young children with her husband, while Alec also has a daughter, Ireland Baldwin, from his marriage to actress Kim Basinger.

The couple was expecting a baby girl.

Bode Miller: My Mom and I Delivered My Newborn Twins Ourselves