The 22-year-old wife of Justin Bieber gives a thumbs-up to a picture of the 'Lose You to Love Me' singer celebrating her new music with her close friends.

AceShowbiz - Hailey Baldwin wanted to let fans know that she had no hard feelings towards her husband Justin Bieber's former girlfriend Selena Gomez. The 22-year-old model "liked" an Instagram picture of Selena celebrating the release of her new music.

Hailey gave Selena a subtle support on their mutual friend Raquelle Stevens' social media account. It was a polaroid photo of Selena and Raquelle as they were joined by two more girl pals Ashley Cook and Courtney Lopez. "Celebrating!!!" Raquelle wrote. 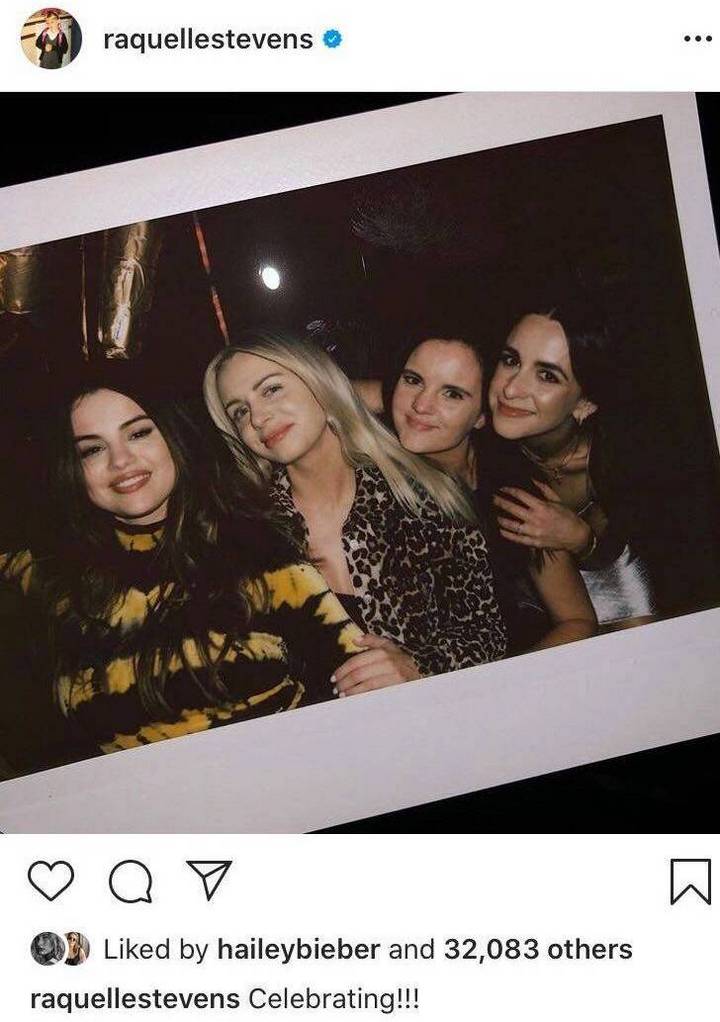 Hailey was previously accused of taking a swipe at Selena after she shared Summer Walker's "I'll Kill You", a song about a woman who's very possessive of her love, in alleged response to Selena's "Lose You to Love Me" that was reportedly inspired by Justin.

The daughter of actor Stephen Baldwin quickly shut down the rumors, calling them BS and "nonsense." Selena then reminded her social media followers to be kind and avoid "tearing other women down." She added, "I don't like seeing people being disrespectful or rude to other people, so please don't do that."

Meanwhile, Justin kept mum on the drama. A source told Eonline, "Of course Justin and Hailey have heard Selena's new song and they are both trying to not give any reaction to her lyrics referencing Justin. It isn't ideal for Hailey but she understands the creative process of writing music and that Justin had a past."

"Justin has completely moved on from that chapter of his life and understands that Selena is allowed to reflect on the past in her own way," the source went on. "Justin and Hailey both want Selena to be happy and in a good place and aren't phased by it."