Unfazed by his attempt to troll her ability to burn a bagel, the 'Guardians of the Galaxy' star's wife responds back by joking that it was her plan to make him do the cooking.


The "Guardians of the Galaxy" actor shared a photo of a burnt bagel bite on a plate and poked fun at his wife's cooking abilities, writing in the caption: "Proud of my darling for trying to cook tonight. Did it go well? No. No it did not. Not at all."

However, Chris didn't stop there, as he went on to describe the "lump of coal" on his plate, adding, "this bagel bite never stood a chance".

"I honestly simply cannot imagine what went wrong here. Pretty simple. Microwave. 2 minutes. Maybe she thought it said 2 hours," he joked. "But I want to commend her for her effort. This is a big step babe. Proud of you."

Katherine replied to her husband's post, jokingly writing: "Looks like my plan to just have you do the cooking is working out very well." 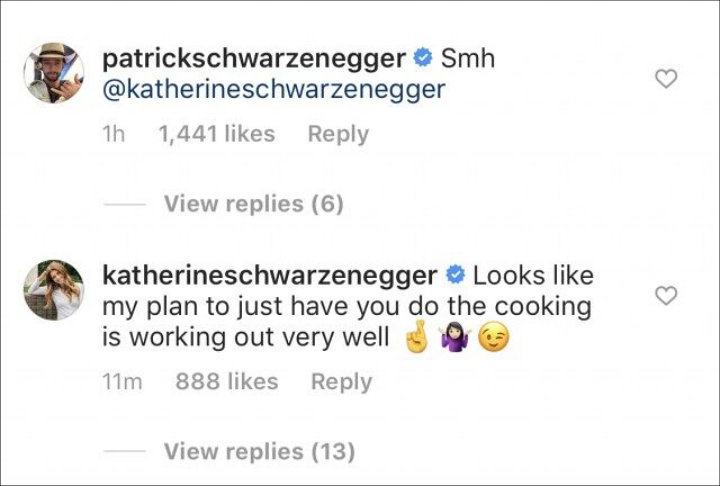 Katherine and Patrick respond to Chris for teasing her cooking.

Chris and Katherine wed in June in Montecito, California, after getting engaged in January following six months of dating.

Aaron Paul Spills No One Wanted Him for 'Breaking Bad'

Chris Pratt Saddened by Death of Prince Rupert the Ram