The 'A Star Is Born' actress calls herself 'a single lady' on Instagram Story as she shares pictures from a bachelorette party of her close friend Sarah Nicole Tanno.

AceShowbiz - Lady GaGa announces that she is single only three months after she was first spotted kissing sound engineer Dan Horton. The two were romantically linked five months after the 33-year-old Grammy winner ended her engagement to Christian Carino.

GaGa and Horton never officially confirmed their relationship, but she flaunted their candlelit dinner on Instagram in September. "Italians cook with love," she gushed and tagged her "special" date Horton in another picture. 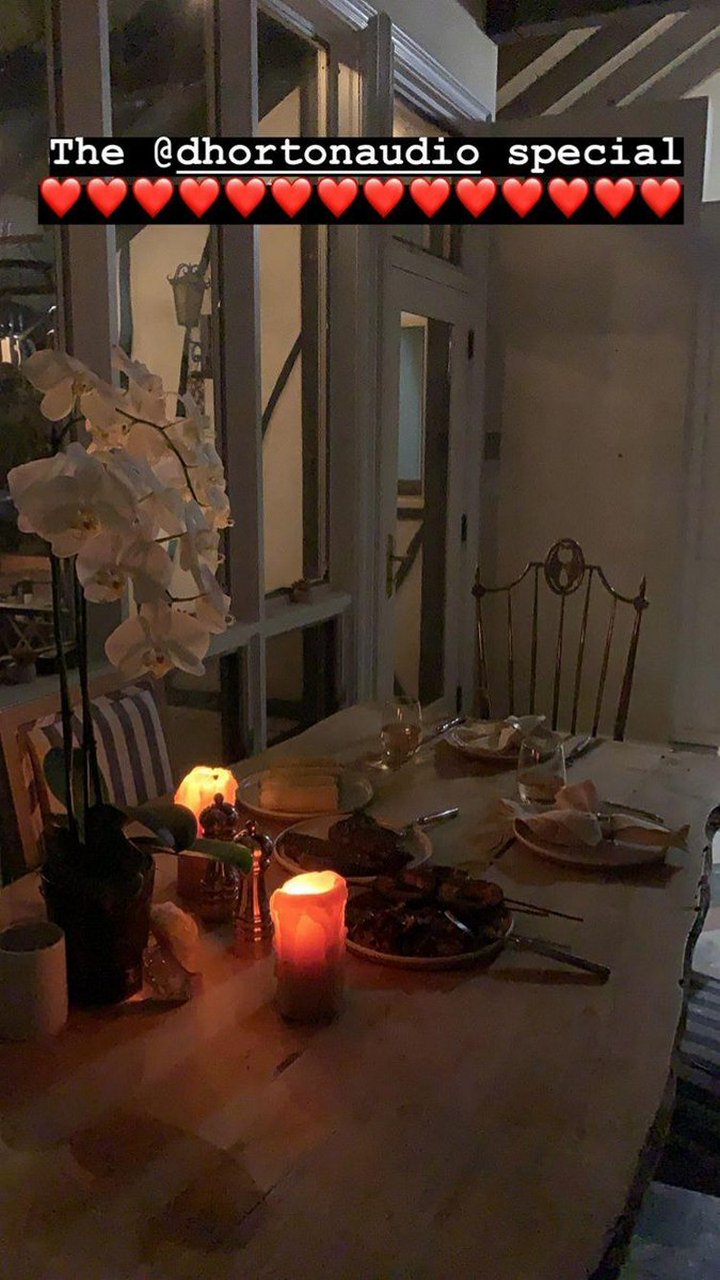 She revealed her single status on Instagram Story while attending a bachelorette party of her friend Sarah Nicole Tanno. "An about to be married woman and me, a single lady," she captioned a selfie with the bride-to-be who is also the Global Artistry Director of Haus of Gaga. 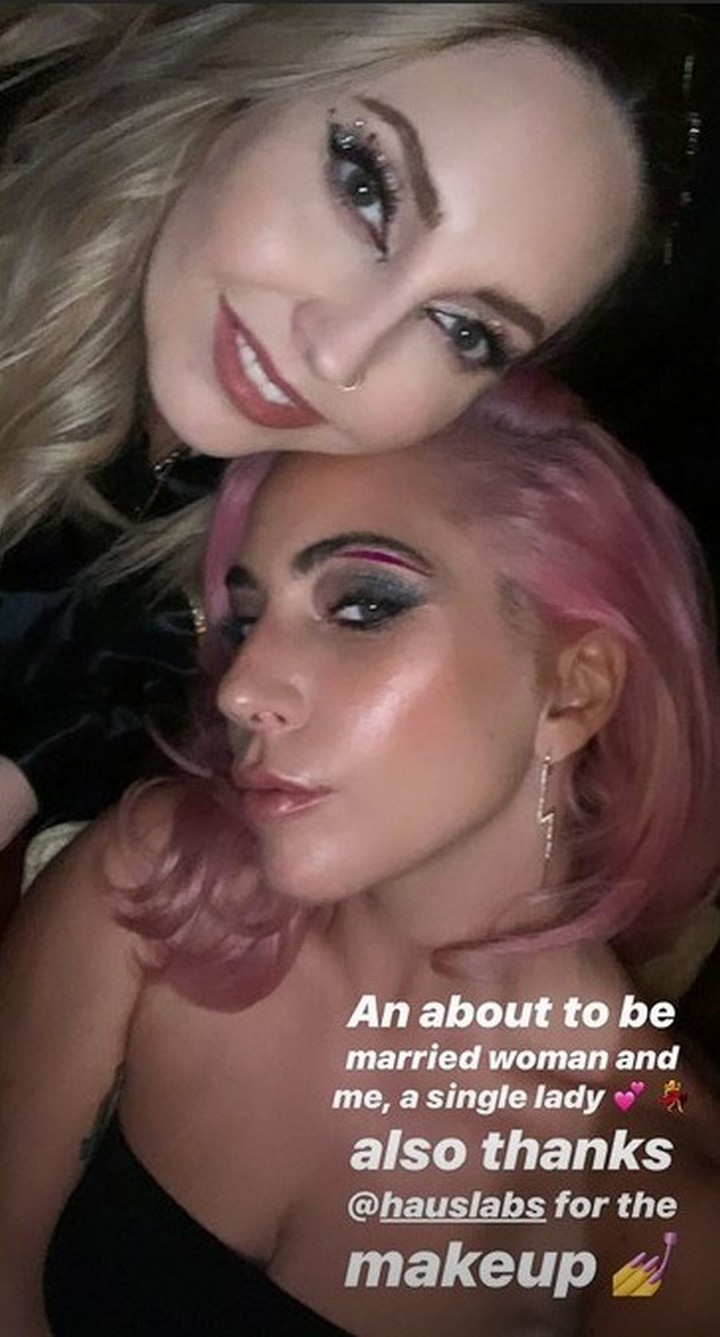 The singer, enlisted as a bridesmaid, rocked pink hair and lipstick at the party. "I might be in a lot of pain by I couldn't miss my best friend's bachelorette dinner. I [love] you @sarahtannomakeup," she wrote in another image, seemingly referring to the incident where she fell off the stage. 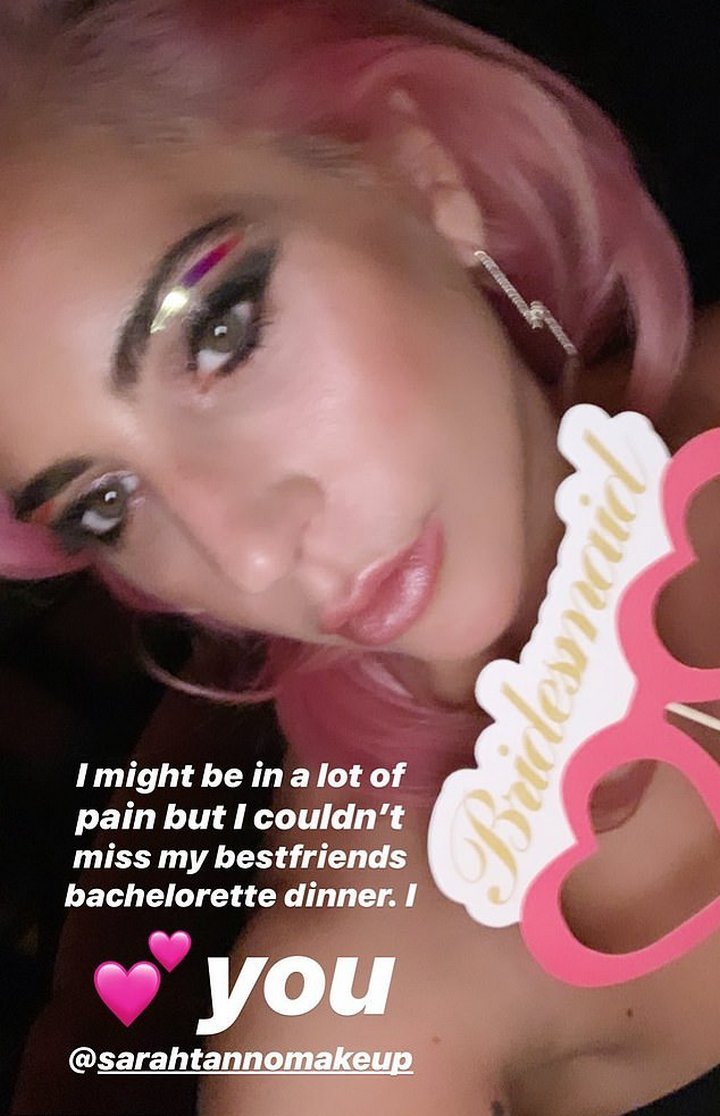 On her Instagram timeline, GaGa assured fans that she was fine and had got her body X-Rayed. "When they have to X-Ray almost your entire body...Just Dance. Gonna be ok," she joked in the caption of an X-Ray image that showed her hand gesturing an OK sign.

Meanwhile, the male fan who fell down with the pop star apparently took a lot of heat online so he felt the need to defend himself. He wrote on Twitter, "Lady Gaga picked up my letter and invited me on stage, as I was getting out of the standing pit the floor was wet so my trainers therefore were wet getting on the stage, to clarify I categorically DID NOT pick Lady Gaga up when I got on the stage she jumped on me."

"As I was getting up I was trying to usher her up my body kinda thing and my foots slipped. As we fell I tried to make sure I took the brunt of the fall and if you could see my leg you'd see that I kinda did. Lady Gaga herself has told people to stop with the negative comments, after the show Lady Gaga herself personally sent her security to come and find me so we could meet and chat and she told me herself I was not to blame and so did multiple members of the team."

"So for everyone with their negative comments that have something to say, keep in mind don't comment on something you have 0 clue about, I've personally spoke to Lady Gaga and we've had a conversation about it and how it was neither of our faults, people just need to stop now cause this is getting too much and it's starting to affect me."

He ended his lengthy post with response to speculations that he might be intoxicated. "I WASN'T DRUNK OR ANYTHING ELSE PEOPLE ARE ACCUSING ME OF. I WASN'T ANYTHING BUT IN AWE OF HER," he clarified.

La La Anthony to Acting Critics: It You Can Do It Better, Come Do What I Do