The '90 Day Fiance' stars, who have been estranged after Ashley filed for divorce in April, reportedly visited a haunted house called 'The Eastern State Penitentiary' together on Friday.

AceShowbiz - Ashley Martson and Jay Smith continue to confuse fans about the status of their relationship. The estranged couple, who recently started talking again amid their nasty divorce process, is rumored to be back together.

The exes, who were married in 2018 and whose relationship was captured on camera for season 6 of TLC's "90 Day Fiance", sparked the reconciliation rumors after they were spotted at a haunted house called "The Eastern State Penitentiary" on Friday, October 11. Sources say the two looked like they were on a date during the outing.

As the website Soap Dish is reporting it, Ashley was seen with a man on her arm during her visit to the haunted house. She shared on Instagram Stories a picture of herself cuddling up to a mystery man, who wrapped his arm around her shoulders. The man's face wasn't seen, but it was assumed to be Jay since the hand clearly belongs to a black man. 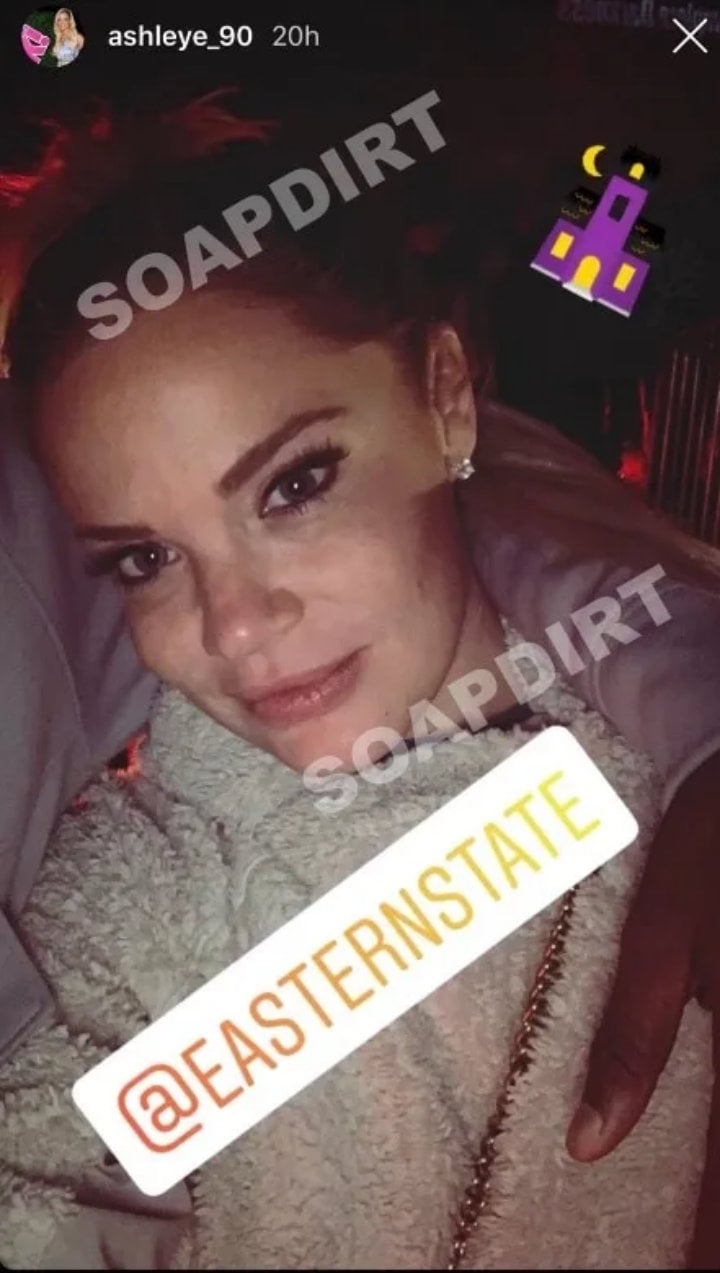 Ashley Martson cuddled up to a mystery man, said to be Jay Smith, during a visit to a haunted house.

Fueling the speculation, Jay also posted on his own social media account a picture inside a spooky haunted house. He didn't give away the exact location, but considering the timing, many suggested that it wasn't a coincidence.

Ashley filed for divorce from Jay for the second time in April, citing "adultery" as the reason she ended the marriage. Jay later went on dating Kayla O'Brien, who was rumored to be pregnant with his child, while Ashley was spotted enjoying a fun date at Disney World with "Bachelor in Paradise" alum Christian Estrada back in August.

The estranged couple was feuding as Ashley was granted a Protection From Abuse (PFA) against Jay over the summer, and Jay allegedly violated the terms of the PFA by posting about Ashley and the PFA on Instagram. He was then arrested and placed on ICE custody until his boss posted his bail.

However, the dental technician recently revealed that she's back on friendly term with Jay. "Jay and I have been talking since I chose to drop the PFA," she told In Touch last week. She stressed though, "We are not back together, just cordial." She added, "[We are] trying to get our divorce and immigration figured out. We both made a ton of mistakes and chose to forgive."