The 'Too Much to Ask' crooner also fuels the dating speculations by giving a shout-out to the 'Wizards of Waverly Place' alum through his Instagram Stories.

AceShowbiz - New evidence has surfaced pointing at Selena Gomez and Niall Horan's alleged new romance, despite a source stating otherwise. On Saturday, October 5, the 27-year-old singer/actress was spotted visiting the Irish singer at his house in Los Angeles.

In pictures obtained by Daily Mail, the "Monte Carlo" star was seen carrying a bag full of groceries as she's about to enter the property. She dressed down for the occasion, wearing a white sweatshirt, denim cutoffs and white sneakers, while carrying a Louis Vuitton bag.

It's not clear how long Selena spent time inside Niall's house and if they were joined by their friends during the hangout.

Selena's visit to Niall's house came several days after they were pictured together during an outing with their mutual friends. The group had a dinner in L.A. on Thursday, October 3. In the photo shared by one of their friends, Courtney Lopez, on Instagram, Niall stood next to Selena with his arm around her shoulder. This snap first reignited the romance rumors between the two stars.

Later, Selena fueled the speculations as she took to her Instagram Stories to help promote Niall's new song "Nice to Meet Ya". "This came out like 5 mins ago," she wrote in the post, "and I'm pretty sure you need to download."

A source, however, told E! News that there's nothing going on between the two. "Selena and Niall are not dating and have been hanging out as friends," said the so-called insider. "They have always been good friends and have kept in touch throughout the years," the source added. "They both always have been very supportive of each other's music and have talked about collaborating before." 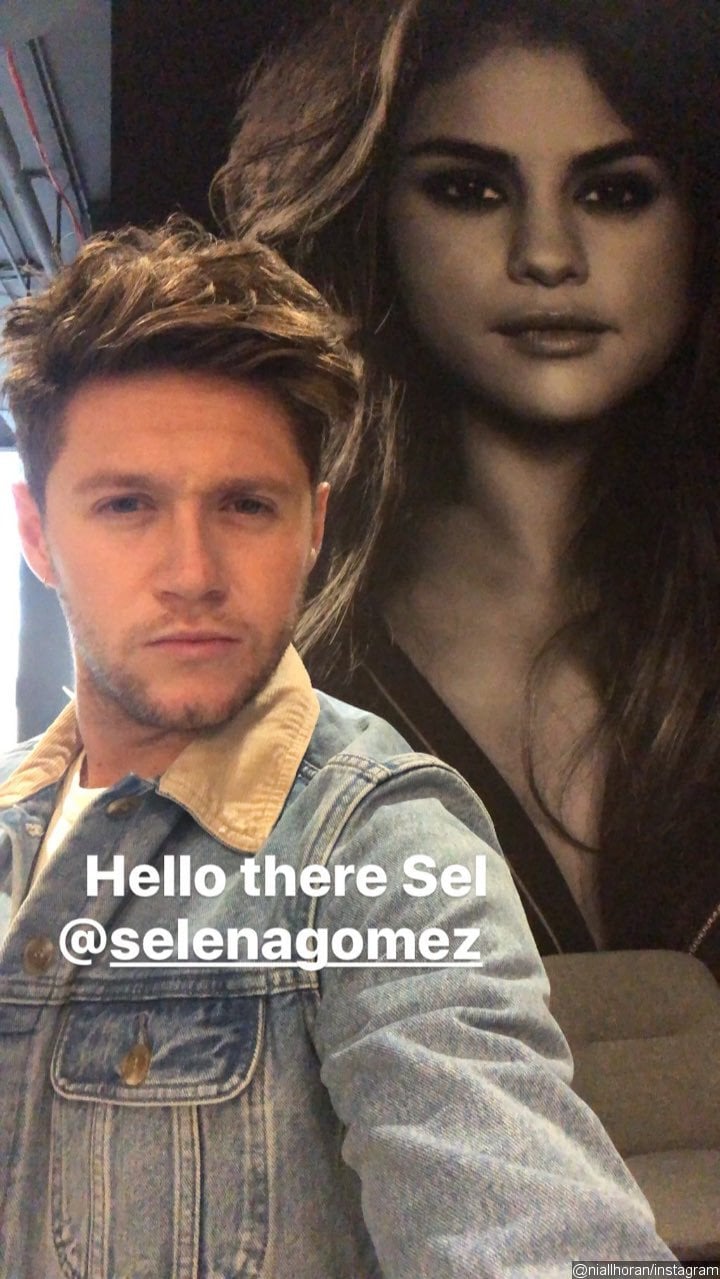 Meanwhile, Niall continued his social media interaction with the former Disney darling by giving her a shout-out on Wednesday, October 9. He shared on Instagram Stories a picture of him posing in front of a large Selena poster. "Hello there Sel," he captioned it.