Even though the Disney alum has to stay in the hospital, it doesn't stop her from having fun as she is seen in one picture rocking a hospital gown that she has redesigned.

AceShowbiz - Miley Cyrus was feeling under the weather on Tuesday, October 8 to the point where she had to be rushed to the hospital with tonsillitis. Updating her fans on Instagram Stories, the Disney alum shared several pictures during her hospitalization and assured them that she would try to recover as fast as possible so that she could meet soon enough.

Alongside a selfie of her lying in hospital bed, Miley said, "Trying to heal as quick as I can to make it to Gorillapalooza with [Ellen DeGeneres], [Portia de Rossi] and [Bruno Mars] this weekend!" She then told fans to "send goooood vibes my way! Hoping the Rock star G*DS send me a boost of bad a** and help me kick this s**t to the curb where it belongs! We got gorillas to save!" 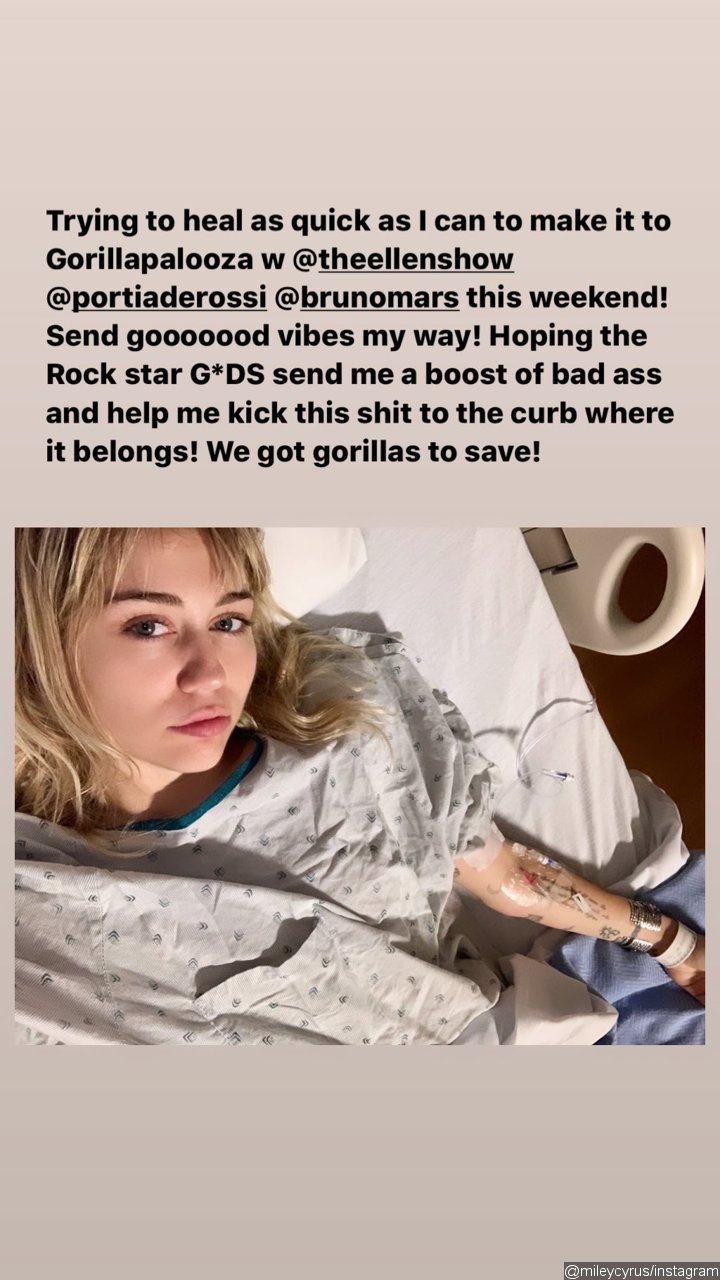 Being in the hospital didn't stop Miley from having fun at all because in another photo, she showed off the hospital gown that she had redesigned to her liking, before putting rose petals on her hospital bed. Thanking her friends for doing that to her, the "Slide Away" singer said, "I [love] my main gays!" 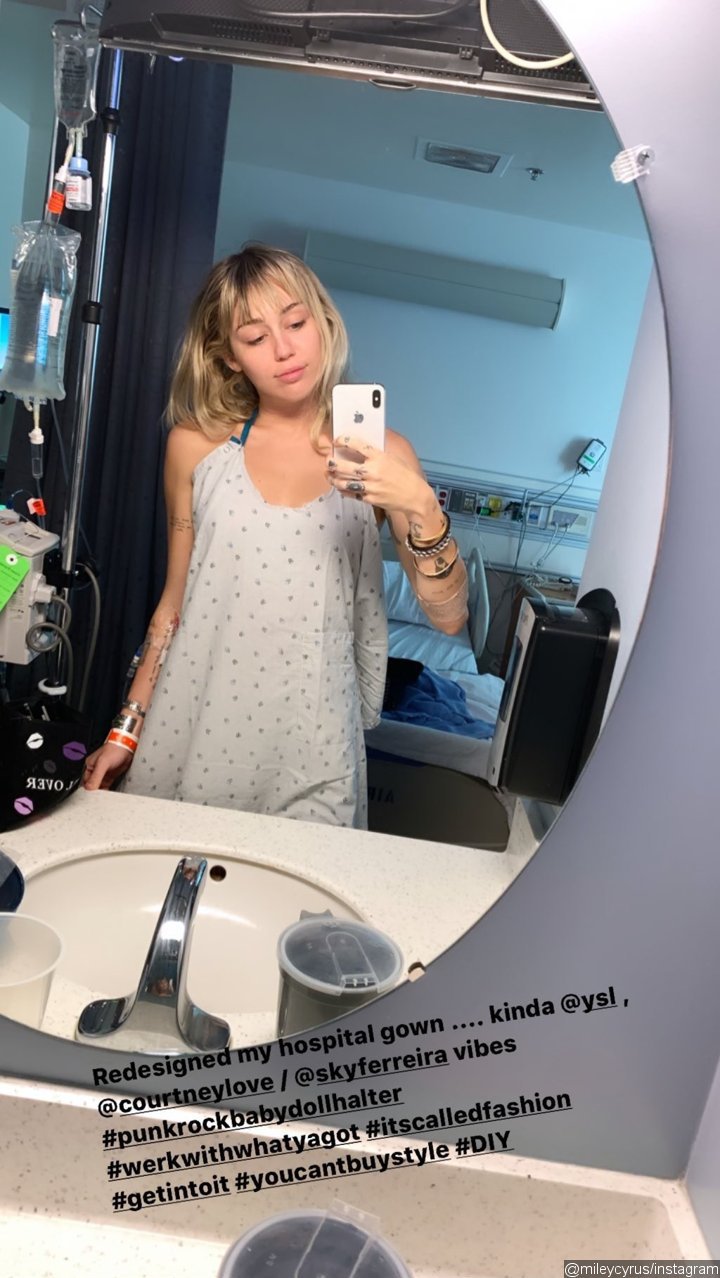 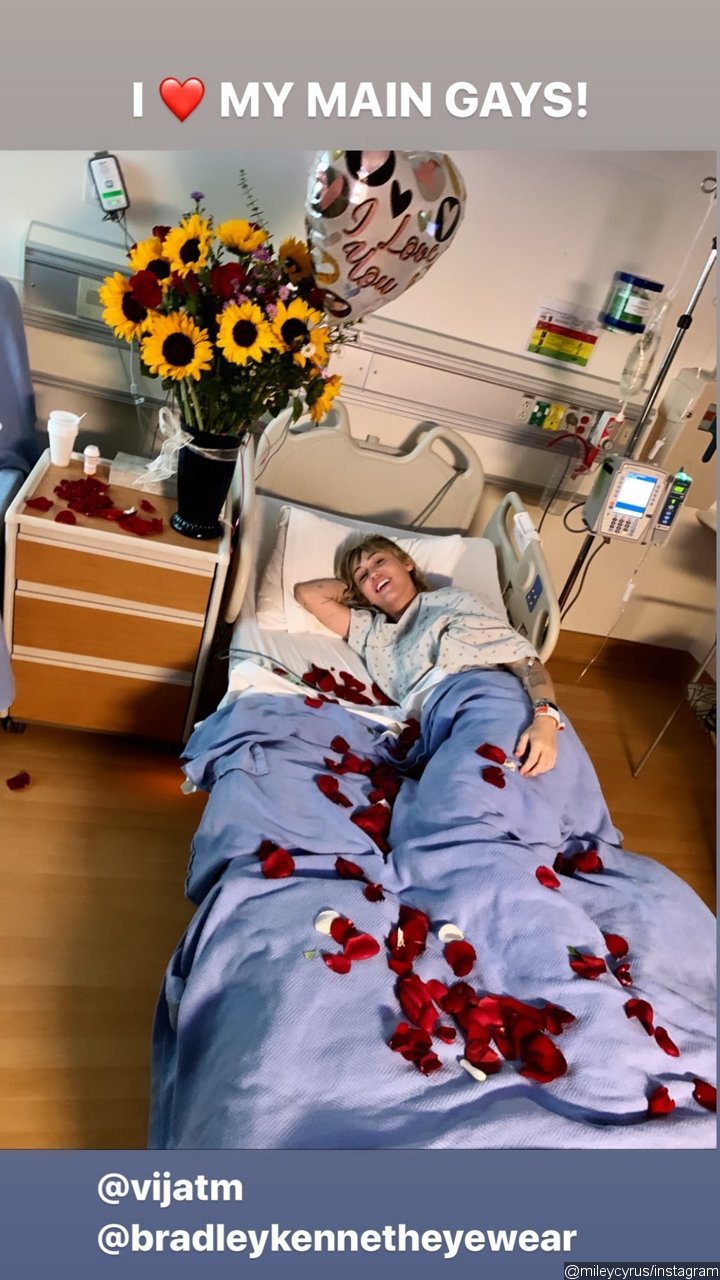 Miley Cyrus had rose petals on her bed.

Later, she shared another update on Instagram Stories by informing her devotees that her boyfriend, Cody Simpson, was on his way to visit her. Earlier in the day, the Aussie heartthrob rushed over to her home after she first revealed that she wasn't feeling good. "The Dr. is back... luckiest," so she wrote on a photo of Cody playing guitar. 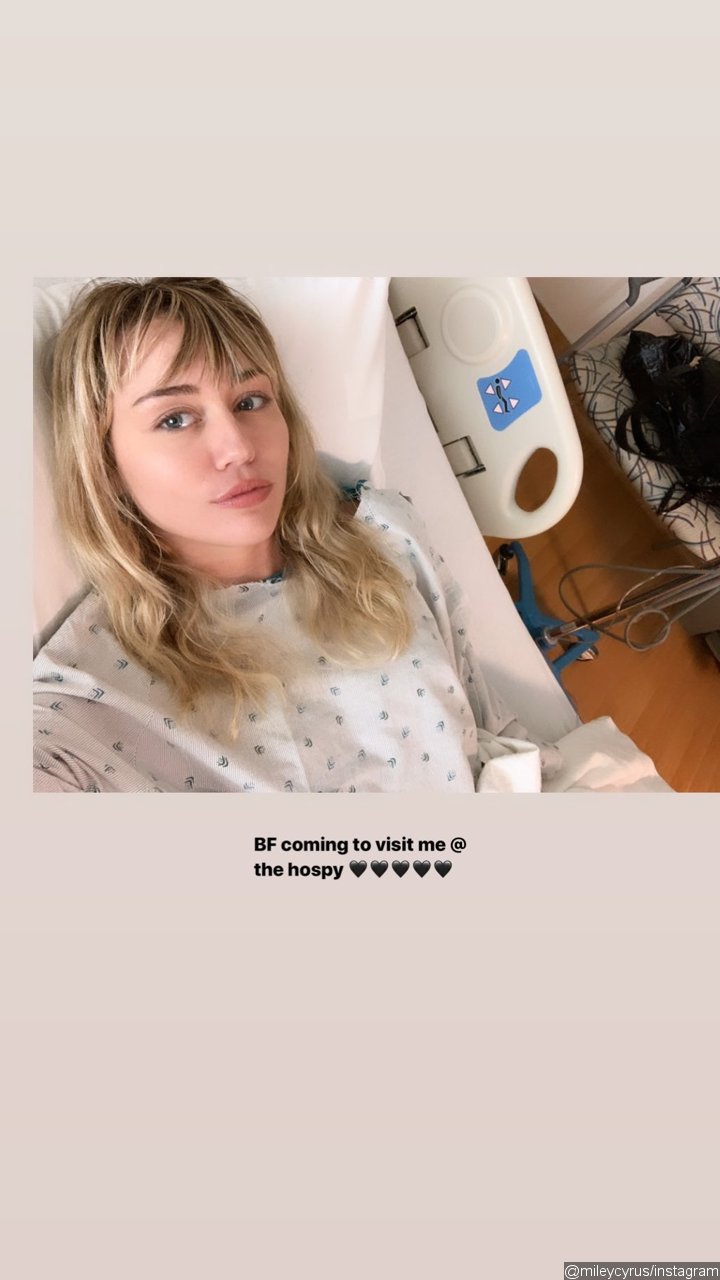 Meanwhile, in his Instagram account, Cody captioned a picture of a woman who looked like Miley, "The moon's souvenir/ The boulevardier/ a ballerina on the promenade/ We open our curtains/ To the domesticated world/ For a natural hour/ Spinning Elvin records/ And making love/ in the soft jewelled morning."

Miley Cyrus Has a 'Reunion of the Decade' With Emily Osment