After athletic director Jeff Long apologized for his gig at the Late Night in the Phog pep rally, the 'Gin and Juice' rapper shares his side of the story while insisting that 'the audience enjoyed that s**t.'

AceShowbiz - Snoop Dogg is refusing to apologise to University of Kansas officials for his rowdy late-night gig on campus last week, October 4, insisting people should know he's no saint onstage.

The college's athletic director, Jeff Long, has apologised after the rapper upset parents and boosters at the Late Night in the Phog pep rally to celebrate the start of basketball practices on Friday. 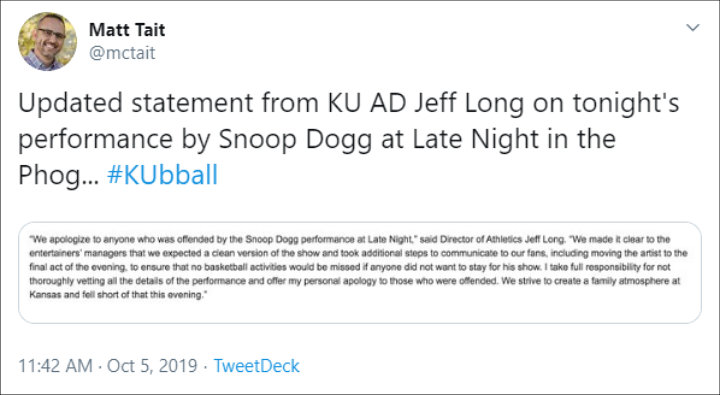 His 35 minute set featured unedited versions of hits including "Gin and Juice" and "Drop It Like It's Hot", while pole dancers performed and fake $100 (£80) bills featuring the rapper's face were shot over players and recruits.

Long released a statement over the weekend, revealing university bookers made it clear they "expected a clean version of the show", adding, "I take full responsibility for not thoroughly vetting all the details of the performance and offer my personal apology to those who were offended".

"We strive to create a family atmosphere at Kansas and fell short of that".

But Snoop insists he won't be following suit, and admits he had a great time at the gig.

"The audience enjoyed that s**t," Snoop told shock jock Howard Stern on Tuesday, October 8. "I don't know what the f**k they talking about... I had the time of my life. I enjoyed myself, hung out with the basketball teams".

He also dismissed reports suggesting he was asked the leave the university immediately after his set.

"I think it was more the publicity of what I did - they had to cover it up," he added. "I respect them and I wasn't gonna put no smut on their name and say they did anything wrong, because they invited me to come do what I do. And, when you pay for Snoop Dogg, you gon' get Snoop Dogg." 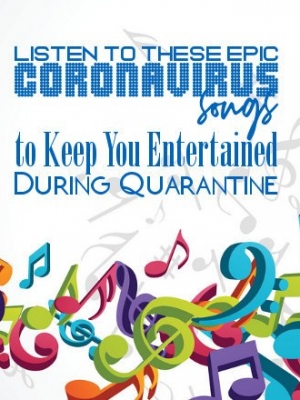