The former 'High School Musical' star gets asked by the 'Modern Family' actress to be her bridesmaid at her upcoming wedding to fiance Wells Adams, and she readily accepts.

AceShowbiz - Sarah Hyland is getting her wedding party together ahead of marrying Wells Adams, and has asked close friend Vanessa Hudgens to be a bridesmaid.

The "Modern Family" actress went all out to make the request of her pal, sending the former "High School Musical" star a wooden box engraved with her name and sealed with a ribbon and green sprigs over the weekend.

Vanessa shared a picture of the box on her Instagram Stories and, while she didn't reveal what was inside, she made it clear to her fans that she'd accepted Sarah's offer as she added a "bridesmaid" tag to the bottom of the picture.

Sarah shared the same snap on her own Instagram page. 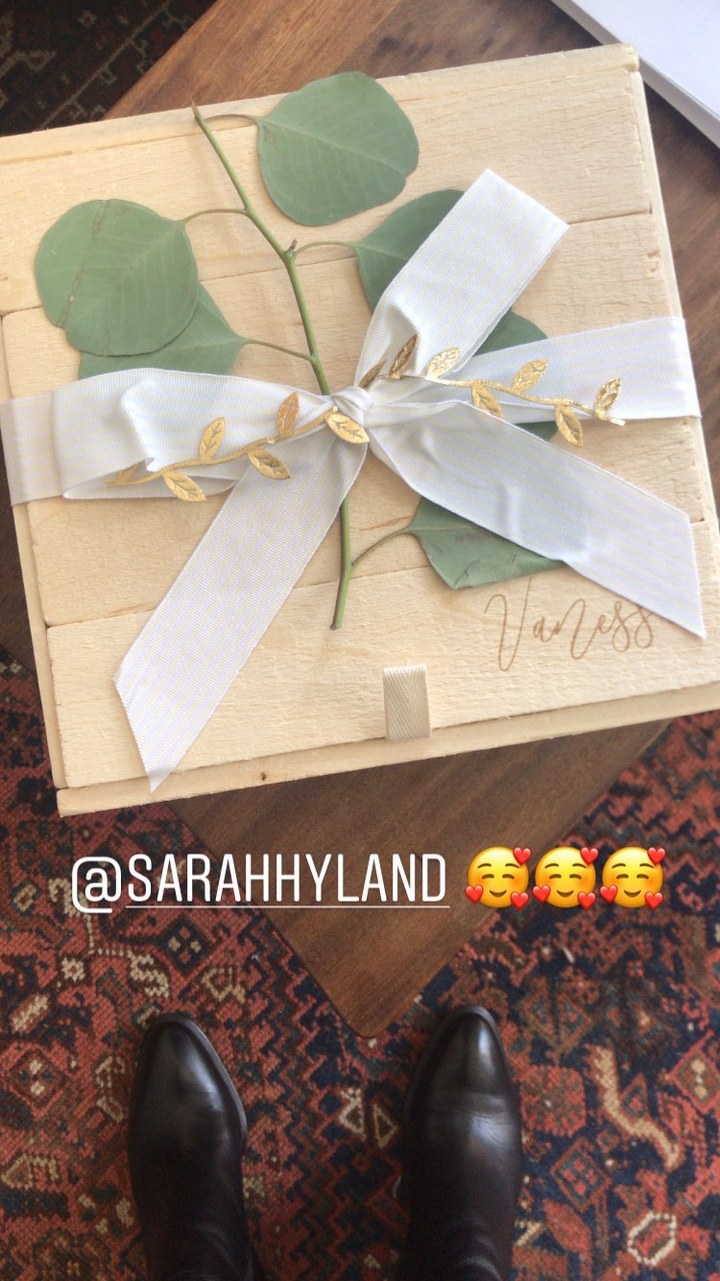 Sarah Hyland asks Vanessa Hudgens to be her bridesmaid

It won't be the first time Vanessa has been bridesmaid. She and Ashley Tisdale took on the role when their pal Kim Hidalgo married "Pretty Little Liars" actor Braunt Daugherty back in June.

Elsewhere on Sarah's Instagram Story, she documented her trip to the emergency room with Wells on Sunday. The 29-year-old, who suffers from a chronic kidney condition and has had two transplants, didn't give her followers any details of why she was seeking medical help. Instead, she tried to make a joke of the situation by sharing a selfie from her hospital bed and writing: "ER but make it fashion."

She and Wells also tried out a new Instagram filter which sees pink dollar signs cover your face and your lips look enlarged. Turning the camera on her husband-to-be, Sarah told him: "Oh my gosh look at you, you're an Instagram model now."

But the reality star disagreed, laughing to the actress: "Looks like I got punched in the face!"

Sarah later told her followers she was home after the hospital trip, sharing a clip of her dog licking her feet.

Orlando Brown Beaten Up and Kicked Out of House