The 58-year-old died after suffering a heart attack on Tuesday, September 10, and his peers and famous fans took to social media on Wednesday after learning he had passed.

Beck, who along with acts like Death Cab for Cutie and Lana Del Rey performed covers of the late singer's songs, tweeted: "RIP Daniel Johnston" with a link to his version of Johnston's "True Love Will Find You in the End", while hitmaker and producer Antonoff added: "daniel johnston will be missed. a brilliant story teller and songwriter who carried my friends and i through many over night drives in the van. so much to learn from daniel in the way he shared fearlessly." 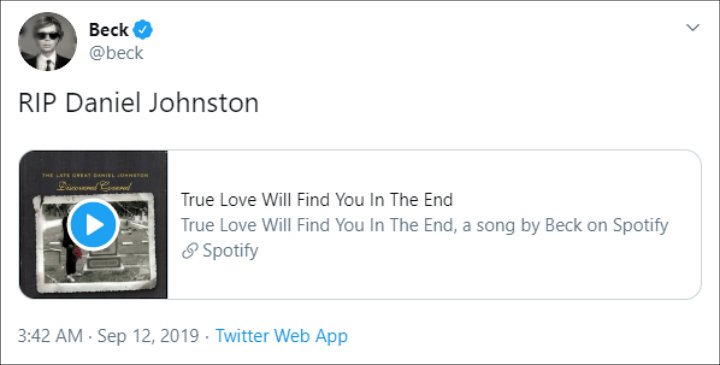 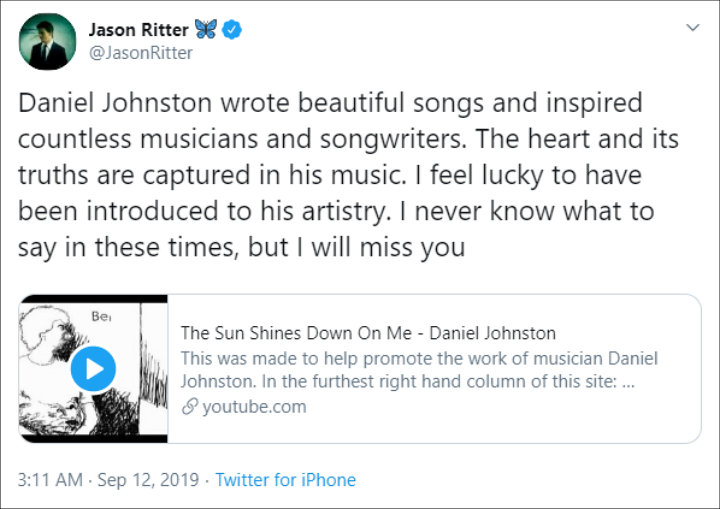 There were also tributes from Thundercat, Mark Duplass, Throwing Muses star Kristin Hersch, filmmaker Judd Apatow, and actor Jason Ritter, who tweeted: "Daniel Johnston wrote beautiful songs and inspired countless musicians and songwriters. The heart and its truths are captured in his music. I feel lucky to have been introduced to his artistry. I never know what to say in these times, but I will miss you."