More than two months after sharing a photo of herself graduating from FIDM on her Twitter page, the 'She's the Man' actress pops up on Instagram to showcase a new look.

The 33-year-old actress has been conspicuously absent from Twitter since June, when she shared a snap of herself graduating from the Fashion Institute of Design and Merchandising (FIDM) in Los Angeles, California.

But on Tuesday, the star delighted her followers by popping up to showcase her new look, and also debut her new Instagram page.

Sharing a snap of herself with pink hair and a ring through the middle of her nose, the "She's the Man" star tweeted: "Hey guys! I'm on instagram now!" along with a link to her account. 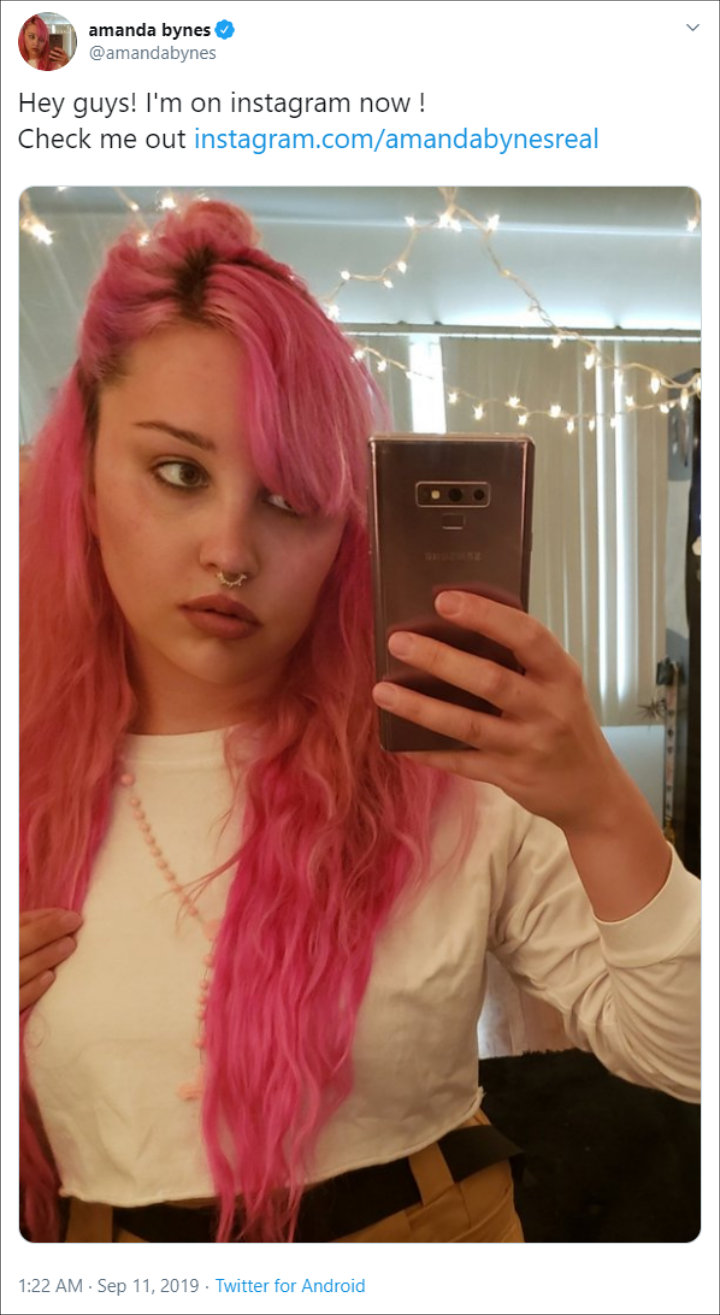 Once redirected there, fans could see the same picture, as well as a snap of Amanda in a tattoo studio before she went from blonde to pink, and another of her wearing heart-shaped sunglasses and sticking her tongue out for the camera.

Amanda has endured a series of personal ups and downs, including stints at a psychiatric hospital in 2014 and in March this year, but proved she'd turned things around when she graduated from FIDM with an Associate's degree in merchandise product development.

Aaron Carter Opens Up About Schizophrenia and Bipolar Disorder Diagnosis

Amanda Bynes to Have Medical Debt Lawsuit Against Her Dropped