Further fueling the rumors are pictures from the wrestler-turned-actor's Hawaiian wedding that only feature his other daughters, Jasmine and Tiana Gia Johnson.

AceShowbiz - Dwayne "The Rock" Johnson is still in celebratory mood after his wedding with girlfriend Lauren Hashian, posting on Instagram several photos from the secret wedding. Missing from the photos was his eldest daughter Simone, prompting people to speculate that the wrestler-turned-actor banned the 18-year-old girl from attending his nuptials.

The speculation started to grow when Dwayne posted a photo of him, Lauren, their two daughters and a pastor during the ceremony along with a caption that read, "Our final wedding pomaika'i (blessing) with our daughters and surrounded by our family as our family pastor we've known for years. Kahu Kordell Kekoa draws upon my ancestor's warrior spirits to love, guide and protect my family thru this union and in life. Beautiful and powerful final blessing. Thank you brother Kordell."

Further fueling the rumors was an adorable photo of Jasmine and Tiana Gia that was taken during the ceremony. The "Jumanji: Welcome to the Jungle" star gushed over them in the caption, calling the two girls "real stars of our wedding."

Looking at the photos, fans quickly bombarded Dwayne with questions about Simone's whereabouts and blasted him over it. "Wow, you get married, talk about family, but someone is missing to be a complete family where is Simone, where is your oldest daughter, what is the excuse now," a follower wrote. Another asked, "Have I missed seeing Simone at the wedding," while someone else told the others to check Simone's Instagram Stories as s/he suspected that the girl just posted something that might hint at the reason why she didn't show up at the wedding.

In the said post, Simone posted a picture from Disney's "Sleeping Beauty", in which Maleficent wasn't wanted and invited to a party. When Maleficent said, "I really felt quite distressed at not receiving an invitation," Merryweather fiercely replied, "You weren't wanted!" 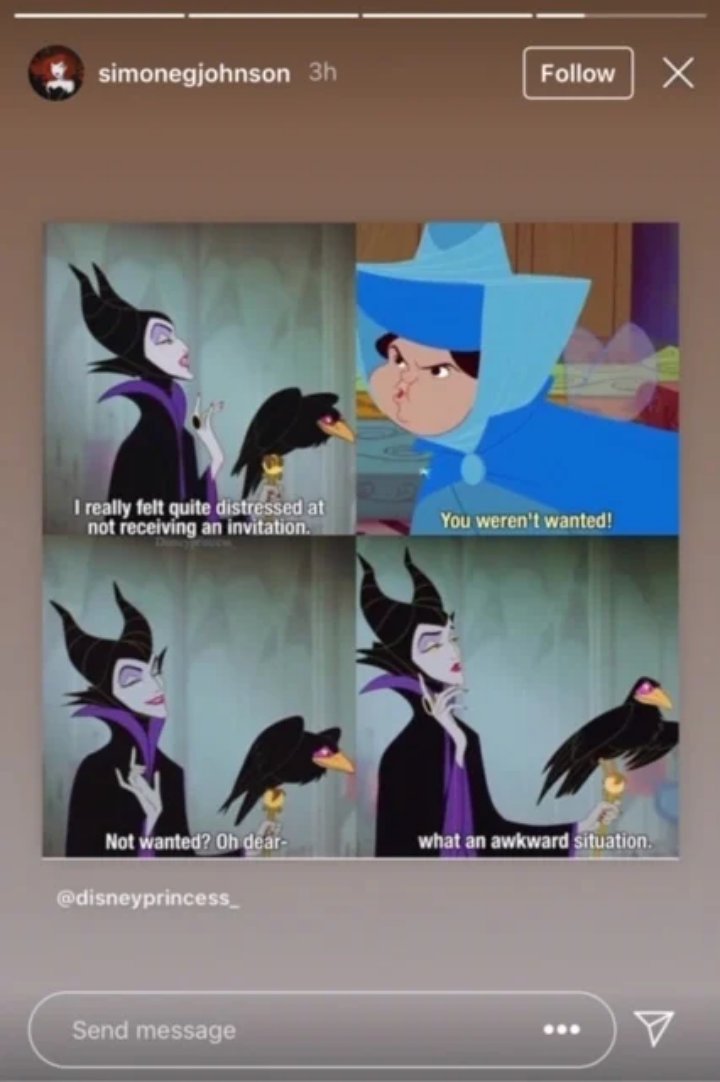 Dwyane has yet to respond to this speculation.

Felicity Huffman on College Admission Fraud: I Was Giving My Daughter a 'Fair Shot'