Busy Philipps Claps Back at Troll for Criticizing Her 'Terrible' Skin

Through her Instagram Stories, the 'I Feel Pretty' actress notes that the candid shots of herself dealing with a breakout had prompted one social media user to write a mean post to her.

AceShowbiz - Busy Philipps defended herself after a fan made hurtful comments about her skin.

The 40-year-old took to her Instagram Stories on Monday (August 27) to call out the social media user and promote self acceptance after earlier sharing candid shots of herself dealing with a breakout.

"Some woman wrote a mean post to me about how she's got to 'keep it real' and needed to let me know that it's ironic that I have an Olay commercial cause my skin is terrible," she said in the post. "TBH (to be honest, my skin is f**king amazing and always has been)."

The actress also pointed out she has refused to get cosmetic procedures on her face and blamed stress for her appearance.

"I do pick (spots) cause of stress," she added. "And I am sometimes not kind to myself in stories about how I look."

Philipps also used the response to share her journey to self love.

But that didn't mean her response wasn't without a clap back. 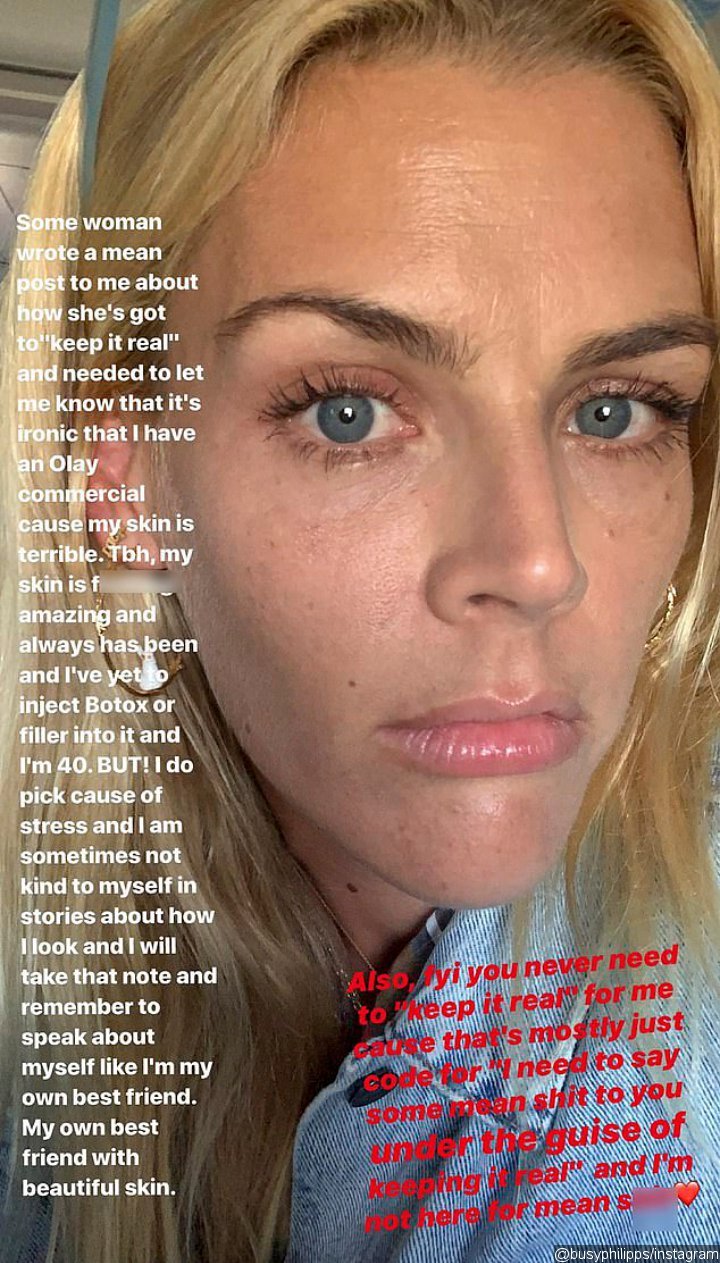 Busy Philipps promoted self acceptance in her clapback.

"Also, FYI (for your information) you never need to 'keep it real' for me 'cause that's mostly just code for 'I need to say some mean s**t to you under the guise of keeping it real' and I'm not here for mean s**t."

Busy Philipps Weighs In on Abortion Rights Ahead of November Election