People are buzzing on Twitter about Theron's uncanny resemblance to former Fox News anchor Megyn Kelly in the sneak peek for the upcoming movie about Roger Ailes' scandal.

AceShowbiz - Lionsgate has released the first teaser for upcoming movie "Bombshell" about the sexual misconduct allegations against late Fox News executive Roger Ailes. Not giving any clue about the storyline, the sneak-peek video highlights three women and employees at the broadcasting company who would play important roles in the downfall of the network's chairman and CEO.

Margot Robbie, who plays a fictional associate producer named Kayla Pospisil, looks tense as she walks into an elevator with all eyes on her. She gets uncomfortable when more people, including Charlize Theron as Megyn Kelly, enter the elevator.

When Robbie and Theron are left alone, Nicole Kidman, who portrays Gretchen Carlson, joins them. These three women are caught in awkward silence. Kidman tries to break the ice toward the end of the ride, saying, "Hot in here," before she gets off the elevator.

Based on the real scandal, "Bombshell" is described as a revealing look inside the most powerful and controversial media empire of all time; Fox News, and the explosive story of the women who brought down the infamous man who created it. It is directed by Emmy Award winner Jay Roach and written by Academy Award winner Charles Randolph.

Following the release of the teaser, people have been buzzing on Twitter about Theron's resemblance to Megyn Kelly. "Ok but Charlize Theron looks almost exactly like Megyn Kelly in #Bombshell," one user wrote.

"Surprised so many people are astonished by Charlize Theron's ability to perfectly mimic Megyn Kelly's tense-pursed facial expression in that #Bombshell clip," another commented. A third user added, "Charlize looks more like Megyn Kelly than Megyn Kelly does."

The movie heads into theaters across the nation on December 20. 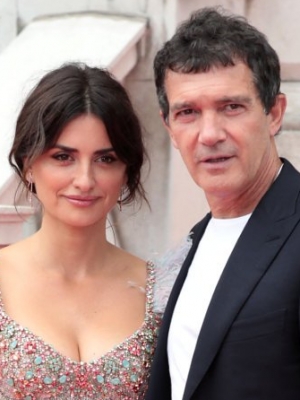