Hours after Harry Styles was reported to have turned down the leading man role in the live-action remake, the voice of Timon in 'The Lion King' volunteers himself for the part.

AceShowbiz - "The Lion King (2019)" star Billy Eichner is cheekily campaigning for the role of Prince Eric in Disney's "The Little Mermaid (2020)" remake, following reports suggesting Harry Styles has passed on the role.

The funnyman took to Twitter on Tuesday, August 13 to vie for the romantic lead in the upcoming live-action adaptation, just hours after the casting news broke.

"I'm ready," he tweeted along with an article from Variety, revealing the One Direction singer had turn down the part. 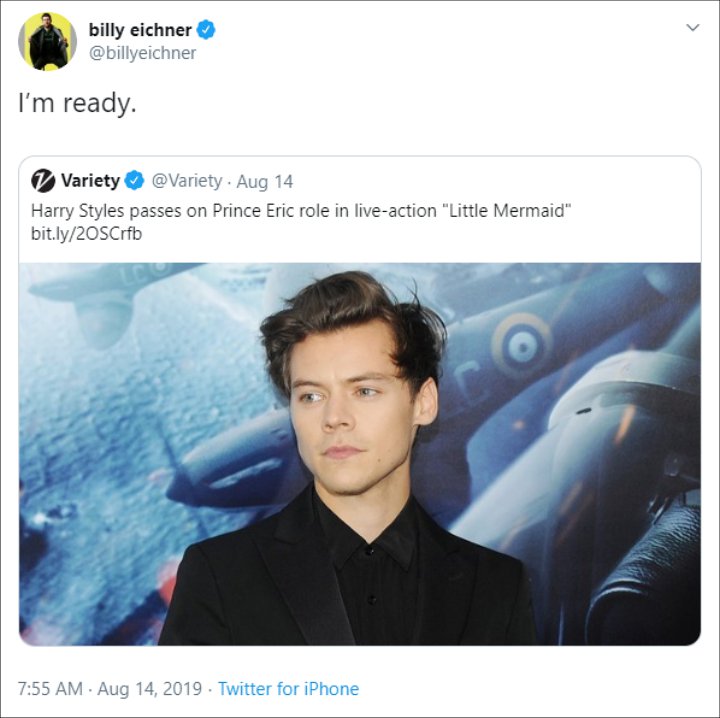 Billy Eichner showed interest in taking on the role of Prince Erin in 'The Little Mermaid'.

Styles has yet to confirm or deny the reports.

While Eichner has no ties to negotiations for the musical, he recently headlined Disney's live-action "The Lion King" reboot as the voice of meerkat Timon.