The 23-year-old model posts on Instagram a naked picture of late actress Romy Schneider, but the Academy Award-winning actress apparently thinks the woman in the picture is her daughter.

AceShowbiz - Ireland Baldwin apparently has gotten herself a new hobby, and that is making her parents freak out. Less than a week after putting dad Alec Baldwin and uncle Billy Baldwin in an awkward position, the model successfully scared her mother Kim Basinger when she posted on Instagram a naked picture of someone who wasn't even herself.

Taking to the photo-sharing platform, Ireland shared a picture of late actress Romy Schneider lying in bed naked with her backside showing. Since the photo was taken from afar and half of her face was covered, some of her followers believed that the woman in the picture was Ireland. Among them was Kim, who clearly freaked out over the photo. 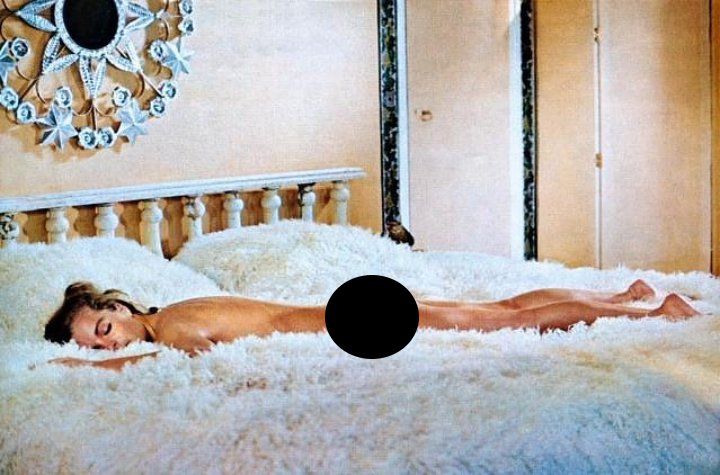 "What ??? What ???? Where ??? Where ??? Who ???? Who??? Your MOM....," the Academy Award-winning actress commented underneath the post, adding an angry face emoji. Other followers also were not happy with the post, even though she didn't post a picture of herself. "You're giving parents heart attacks. You're so beautiful and I'm sure talented too why seek negative attention by posting vulgar stuff," one wrote, while another quipped, "I can hear your dad screaming again."

This arrived just days after she made both Alec and Billy shocked with an Instagram photo of her going nearly naked while standing on the balcony of her hotel room overlooking New York City. Expressing his displeasure with the photo, the "Saturday Night Live" star couldn't help but comment, "I'm sorry. What?" Meanwhile, Billy explained why he wasn't one of the over 29,000 people who liked the photo. He wrote, "Tough one for Uncle Billy to 'like' #awkward."

Ireland has also been called out by Alec when she posted on the social media site a photo of her leaning forward on top of a motorcycle while wearing a black bra and matching bottoms. The "30 Rock" alum commented on the snap at the time, "No. Just... No."

'Bachelorette' Recap: Hannah Brown and Other Men Confront Luke on 'Men Tell All'