AceShowbiz - Ireland Baldwin has just put some Baldwin men in an awkward position with her latest racy picture. The 23-year-old actress/model got nearly naked in her new Instagram post, showing her backside to the camera.

The daughter of Alec Baldwin and Kim Basinger seemingly just got out of shower, wearing a towel on her head and a tiny thong which barely covered her butt. She stood on the balcony of her hotel room overlooking New York City.

"thank you @sixtyhotels for the beautiful stay. I may never be allowed back but it's chill," she wrote in the caption. Getting honest about her bottom, she added, "Also my butt isn't that white. It's the sun. No it's also that white." 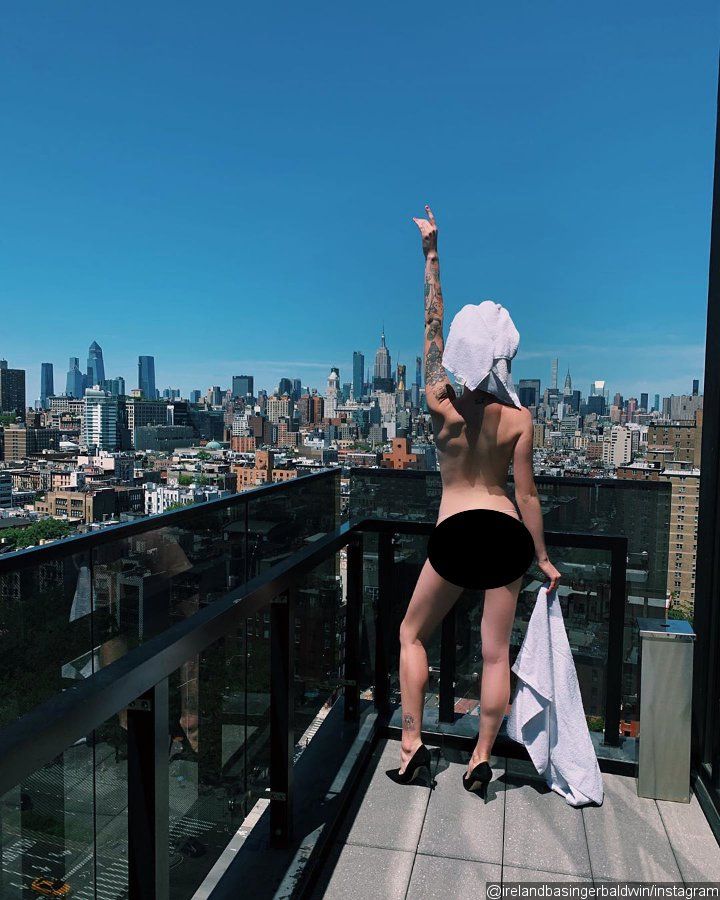 Her dad Alec and uncle Billy Baldwin saw the picture and couldn't help commenting on it. The "30 Rock" alum was apparently shocked by her racy photo or full disclosure about her butt and wrote in the comment section, "I'm sorry. What?"

Meanwhile, her uncle Billy explained why he isn't one of the over 29,000 people who liked the photo. "Tough one for Uncle Billy to 'like' #awkward," he admitted, adding a red heart emoji.

It's not the first photo Ireland got called out by her father for posting a risque picture. Last summer, the blonde beauty posted a photo of her leaning forward on top of a motorcycle while wearing a black bra and matching bottoms. Her father Alec commented on the snap, "No. Just... No."

Ireland also posed completely naked for a PETA ad protesting the use of fur in 2018. The promotional piece saw her standing with the state of undress, while the words "I'd rather go naked than wear fur" were strategically placed to cover her modesty. The model did it 24 years after her mom Kim bared all for the animal-rights organization.

"I saw the images from when my mom shot this campaign, so it was something that I had aspired to do since I was a little girl," she said about posing naked for the ad. "This is something my mother has fought her entire life and has advocated for and something I am trying to do as well."

Ireland Baldwin Slammed Disrespectful Police for Accusing Her of Looting