The 'You Should Be Here' singer and the WWE wrestler, known as Barbie Blank, are hit with split rumors just three months after making their red carpet debut as a couple at 2019 ACM Awards.

The "You Should Be Here" singer first sparked romance rumours with the blonde beauty, also known as Barbie Blank, when she congratulated the musician for scoring a Song of the Year ACM nomination for his tune "Break Up in the End".

"I am beyond excited and proud of you babe!!!" she gushed on social media in February, after reposting Cole's message about the nod. 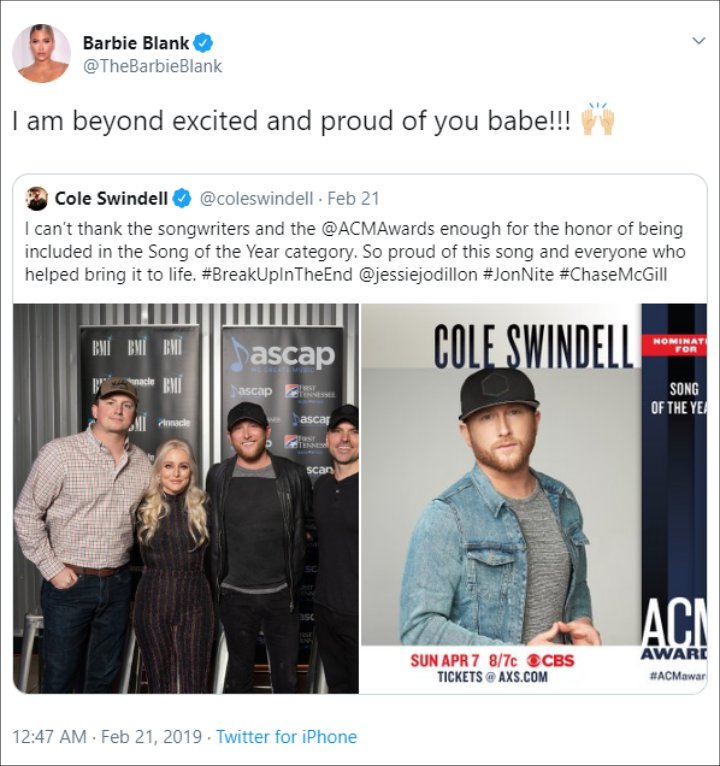 The pair then made their red carpet debut at the 2019 ACM Awards in Las Vegas in April.

But sources have confirmed to U.S. outlet Extra that the couple have called time on their relationship, after speculation began about a split when they stopped following each other on social media.

John Travolta Did 'Bring Back To Life' Assist to Resurrect Son, Ex-Scientologist Claims

Artist of the Week: Cole Swindell