The satirical musician hails the magazine as 'one of the all-time greatest American institutions,' while 'The Lego Movie' director recalls his internship at its New York office back in 1994.

According to The Hollywood Reporter, bosses at its publisher DC Entertainment plan to stop producing new material, with some of its editors and cartoonists taking to social media to mourn the end of the magazine.

Yankovic, who acted as its only ever guest editor in 2015, expressed his sadness at the closing of the magazine, as it inspired him as a satirical songwriter.

"I am profoundly sad to hear that after 67 years, MAD Magazine is ceasing publication," he tweeted. "I can't begin to describe the impact it had on me as a young kid - it's pretty much the reason I turned out weird. Goodbye to one of the all-time greatest American institutions. #ThanksMAD." 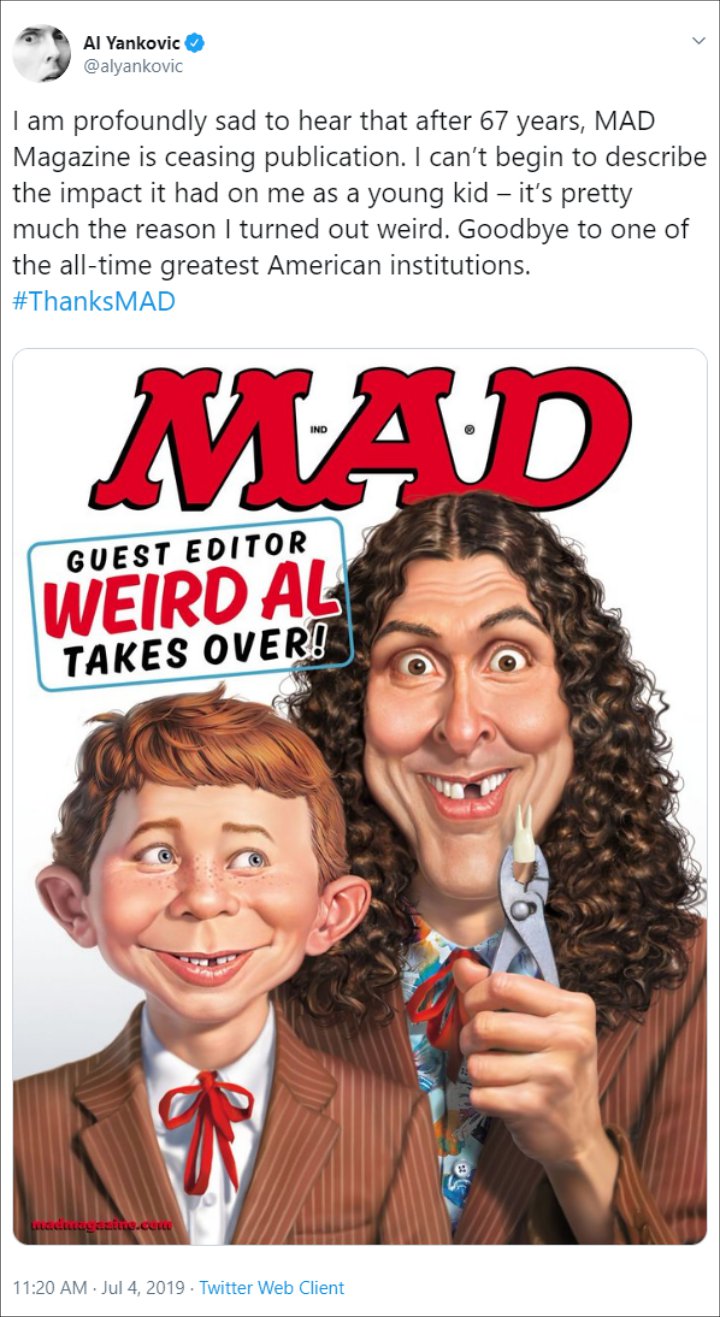 "The Lego Movie" filmmaker Miller, who once worked at the magazine's office in New York, tweeted, "I was an intern at MAD Magazine in 1994. I had no apt (apartment) in NY so I kept my belongings in the archives & took a daypack & crashed on couches for 3 months. In the writers room they had a drum kit to do rim shots on bad jokes. Great memories. I'll miss it." 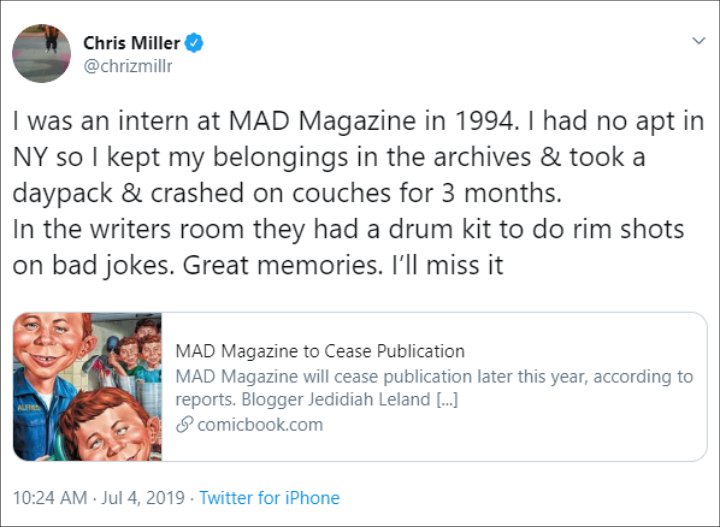 Sources told The Hollywood Reporter there will be a further two new issues of Mad containing original content, with subsequent editions containing content from its vault of articles, as well as end-of-year reviews.