The 'Baywatch' alum has taken to her official blog to post a photo and video from a hospital visit taken after the French soccer player allegedly 'crushed' her hands in an argument.

AceShowbiz - Pamela Anderson has doubled down on her allegations that her ex-boyfriend Adil Rami abused her during their relationship. The 52-year-old actress recently updated her blog post, in which she claimed that the French soccer player "crushed" her husbands during an argument, to include a video and photo from a hospital visit after the alleged fight.

The video shows a doctor wrapping her hand in bandage. The photo, meanwhile, features Pamela wearing a blue hospital garb while sitting on a hospital bed. She covered her face with her hand as her long blonde hair was unkempt.

"When he crushed my hands especially my right one till they cracked. It took me 6 months to go to [a doctor]," she wrote. "I told them it felt like arthritis (so this is what they put down) - (I couldn't say he hurt me to the dr) though I did tell his sister and the concierge to Olympic De Marseille who took me what really happened. The sister just told me to be patient. That he was changing." 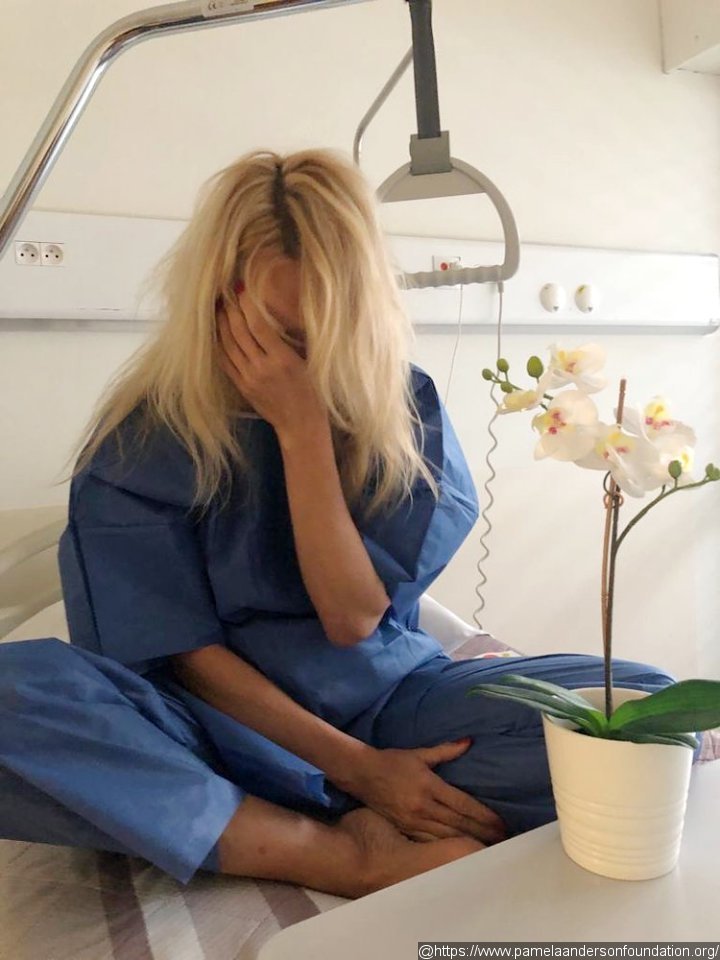 Pamela said because of the incident, she "could not write or open a water bottle without pain." She went on claiming that Adil "would hurt me in ways you couldn't see. Grabbing me roughly - intimidating, holding me with his physical strength."

Adil has denied he physically abused the "Baywatch" alum. "I hallucinate because it is so bad, those who know me know who I am and what are my principles, they know that this is impossible and that I'm incapable of doing such things," he posted on Instagram. "If she wanted to hurt me she chose very well. She knows that my commitment to the cause of violence against women is something very important for me."

Responding to his denial, Pamela added, "Now he's actually denying any abuse. Maybe He doesn't understand what abuse is. It's not my intention to hurt him. He still is only angry that people know. Not upset that he did anything wrong." She went on accusing that Adil "threatened to break [her] legs last week."

Pamela first made the shocking accusations against her ex-boyfriend through her Instagram post on June 25. She wrote that he cheated on her and tortured her physically and emotionally. Calling the 33-year-old athlete a "monster," she said that "he was living a double life." She also claimed that he would cut her friends, whom he labeled "crazy," from her life one by one.

In the wake of Pamela's allegations, Adil has been suspended as the ambassador for the domestic abuse charity Solidarite Femmes.

This Is Why NeNe Leakes Delays Filming for 'RHOA' Season 12