The Scottish fighter, real name Adrian McCallum, was just 36 and Johnson has offered up his support to the wrestling star's family.

In a new tweet, the former wrestler wrote: "So sorry to hear the news of Adrian @LionheartUK McCallum's passing. He was a big wrestling star in the UK. Loved and respected."

"Never had the opportunity to shake this man's hand but sending his family, friends & UK wrestling community love, support and strength." 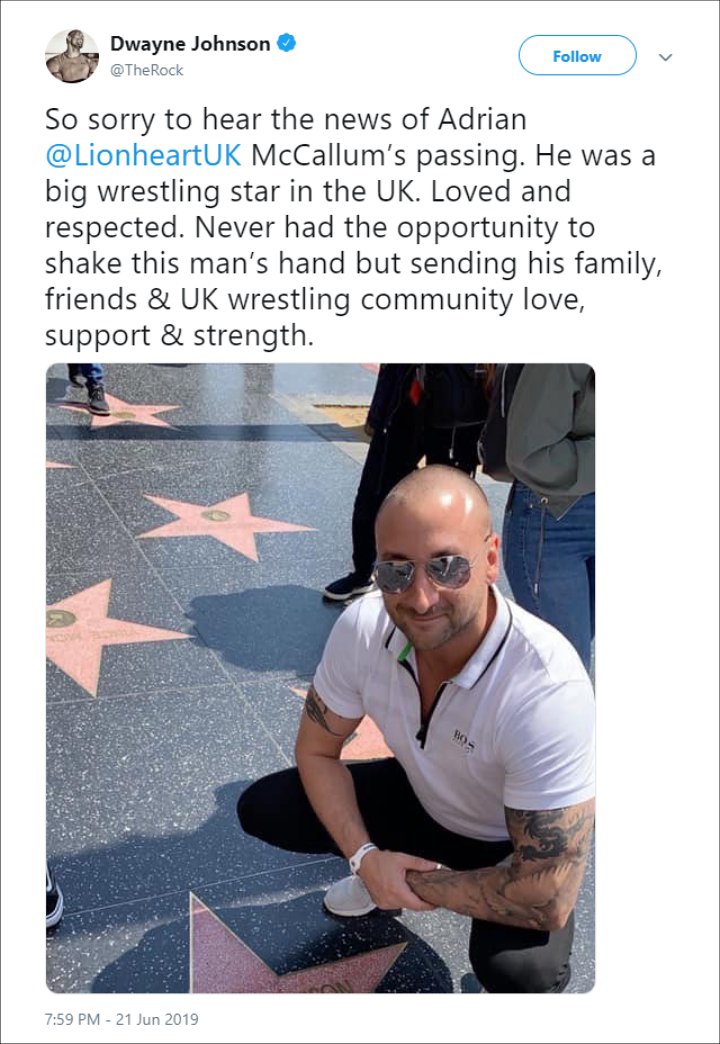 The Rock paid tribute to Lionheart.

McCallum was a huge fan of the action film star and earlier this year, he posted a photo of himself posing next to Johnson's star on the Hollywood Walk of Fame on social media and joked it was probably the closest he would get to his hero.

Dwayne responded, writing: "Good to meet you (sort of) brother."

McCallum was a big name on the Insane Championship Wrestling circuit and was crowned World Heavyweight champion following a fight in December (18).

ICW bosses confirmed the news of his death on Wednesday, tweeting: "We are heartbroken to learn of the tragic death of ICW World Heavyweight Champion, Adrian 'Lionheart' McCallum. Adrian was a mainstay of ICW and British professional wrestling. Most importantly, he was our friend. His passing leaves a huge hole in the lives of those who knew him."

Dwayne Johnson Reveals His and Family’s COVID-19 Diagnosis: It's Been 'Challenging'