Accompanied by wife Sophie Turner, the Jonas Brothers member takes the front row seat of the Berluti Fashion Show where his ex-girlfriend shows off an all-green ensemble on the catwalk.

AceShowbiz - Joe Jonas prepared for his rumoured weekend wedding in France by checking out his ex, Gigi Hadid, on the catwalk on Friday, June 21.

The Jonas Brothers star attended the Berluti Fashion Show in Paris, where Hadid was among the main models, hitting the runway in an all-green ensemble. 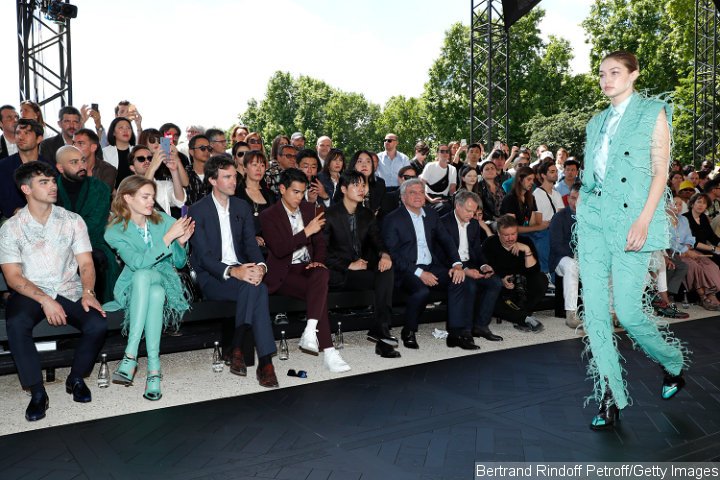 Gigi has been a regular at this year's Paris Fashion Week, popping up in a handful of shows, while Jonas, who joined model Paris Brosnan in the front row, arrived in Paris with his wife Sophie Turner on Thursday.

The couple, who wed in Las Vegas last month (May 2019), is planning a big ceremony in France this summer and insiders suggest the party could happen this weekend.

Gigi and Joe dated for just over a year. She split from the singer in 2015, shortly before striking up a romance with on-off boyfriend Zayn Malik.

Fetty Wap Being Investigated for Alleged Battery of a Woman