In an expose against the 'Bright' screenwriter, one women claims that he sexually assaulted her during their two-year relationship, while two others allege that he often fat-shamed them.

AceShowbiz - Writer and director Max Landis has been hit with multiple accusations of sexual and emotional abuse.

Eight women have come forward with allegations against the "Bright" screenwriter in an expose for The Daily Beast, claiming the son of filmmaking icon John Landis is a master manipulator, who used his circle of friends, called The Colour Society, to make females feel special as they embarked on relationships with him.

One woman, identified as Julie, claims she dated Landis for two years after he initially showered her with affection before things reportedly began to unravel. 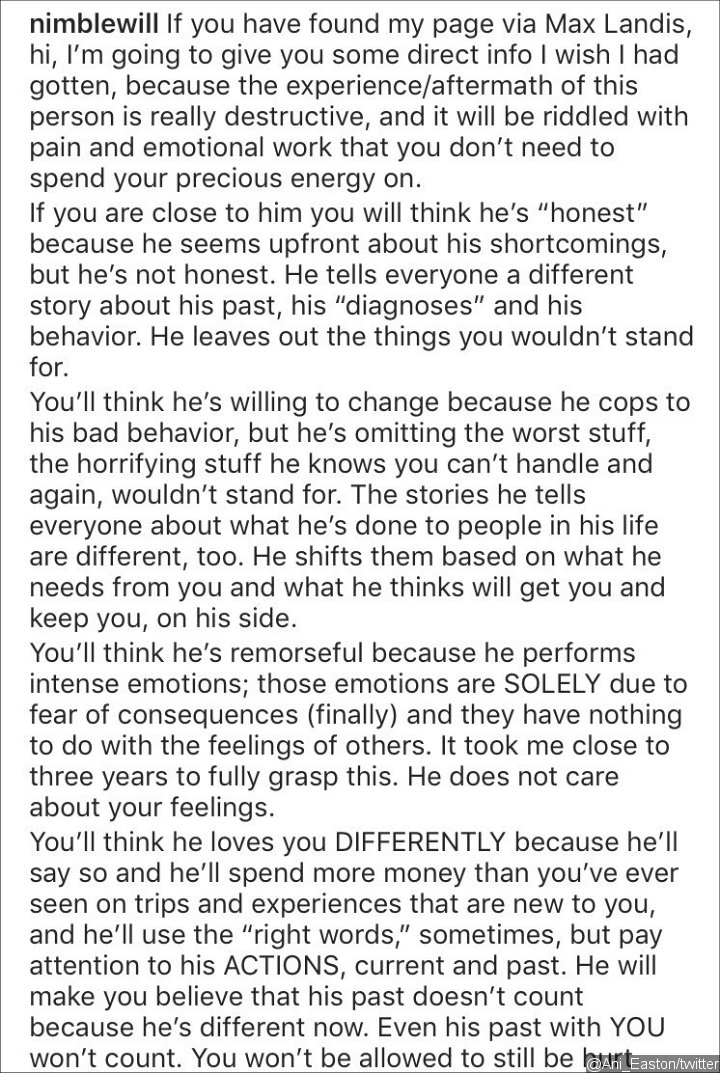 A woman details how manipulative Max Landis is.

She goes on to accuse Landis of sexually assaulting her: "He did hold me down and rape me while I said 'no' over and over," Julie continued. "Afterwards I punched him in the shoulder and I told him, 'When someone says no, you're supposed to stop. What you just did is what they call rape'. He said he thought we were playing a game, and that I liked it. He didn't care." 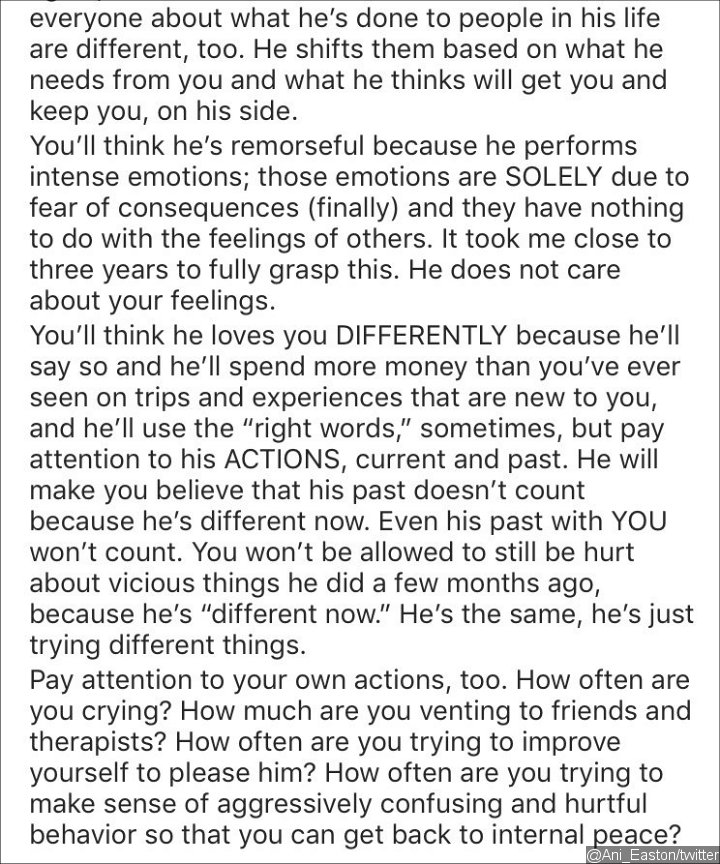 She urged others to pay to her own feelings.
See also...

Another woman, called Lainey, accused Landis of repeatedly abusing her, often making "fat-shaming comments" to her face - something a fellow alleged victim, named Kerry, revealed prompted her to develop an eating disorder. 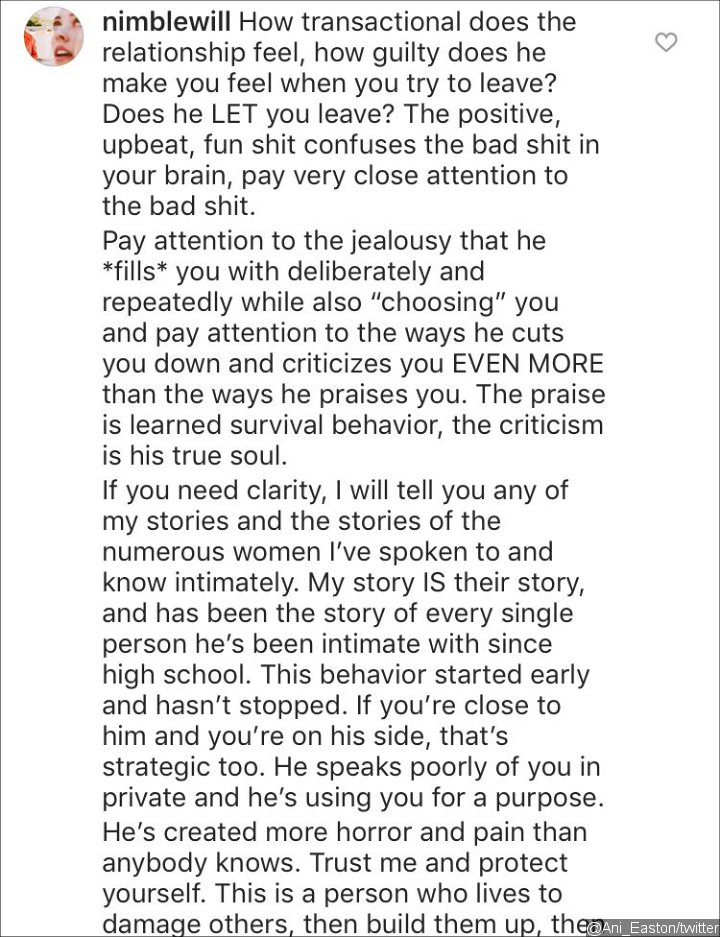 She accused Max of 'using' people for his own benefit.

"(He) picked on me constantly...," she told the outlet. "He'd compliment me for not eating. He bought me workout classes to shape me the way he wanted. I lost 15 pounds I couldn't afford to lose while we were together, and even though he'd bring up openly that he'd given an ex-girlfriend an eating disorder I somehow didn't identify what was happening to me as that." 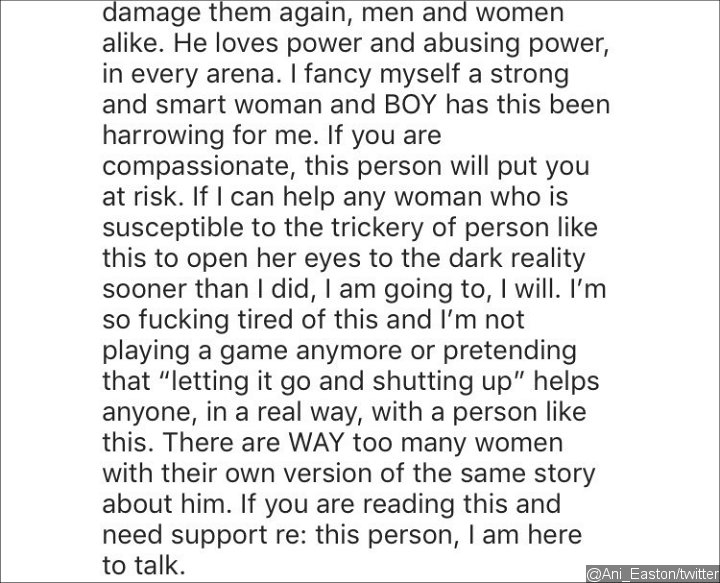 She also claimed that Max 'loves power and abusing power.'

Other women who spoke to The Daily Beast about Landis' alleged pattern of behaviour include Ani Baker, who recently took to Twitter to warn people to steer clear of the filmmaker, while actress Anna Akana actually spoke out against him at the height of the #MeToo movement against sexual misconduct, criticising him as his Will Smith movie "Bright" was released on Netflix.

"Written by a psychopath who sexually abuses and assaults women, right? Cool," she posted online at the time. 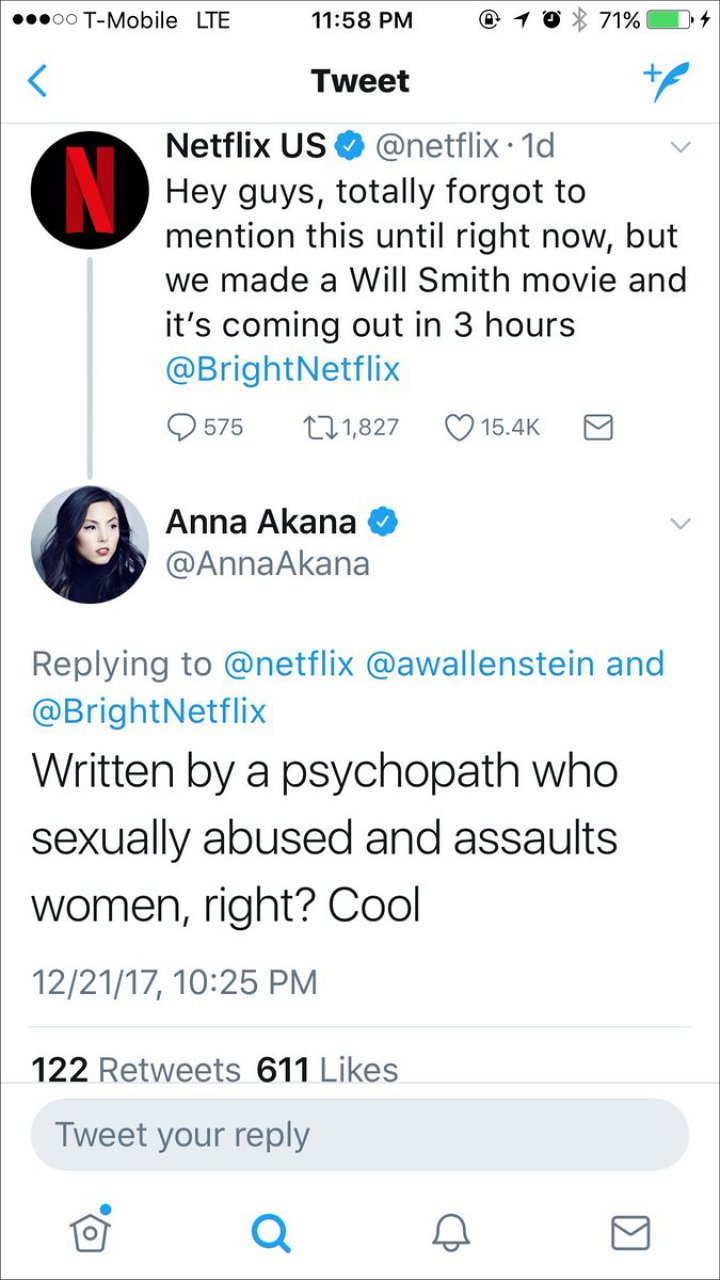 Another woman dubbed the director 'a psychopath.'