The 'Younger' star reveals through her Instagram Story timeline that she has to spend a night in the hospital after seven-month-old daughter, Banks, vomited all over her.

The "Younger" star's seven-month-old daughter, Banks, required medical attention after vomiting all over her mum, although she didn't reveal what the little girl's diagnosis was.

Duff took to her Instagram Story timeline on Monday to share a photo of her bedraggled self after the long hospital visit.

"I actually have Banks' vomit in my hair and I may or may not have the energy to bathe after a day with a sick baby and a night at the hospital," the 31-year-old captioned the shot. "All I want is to watch Handmaids (Tale) ughhhhh (sic)." 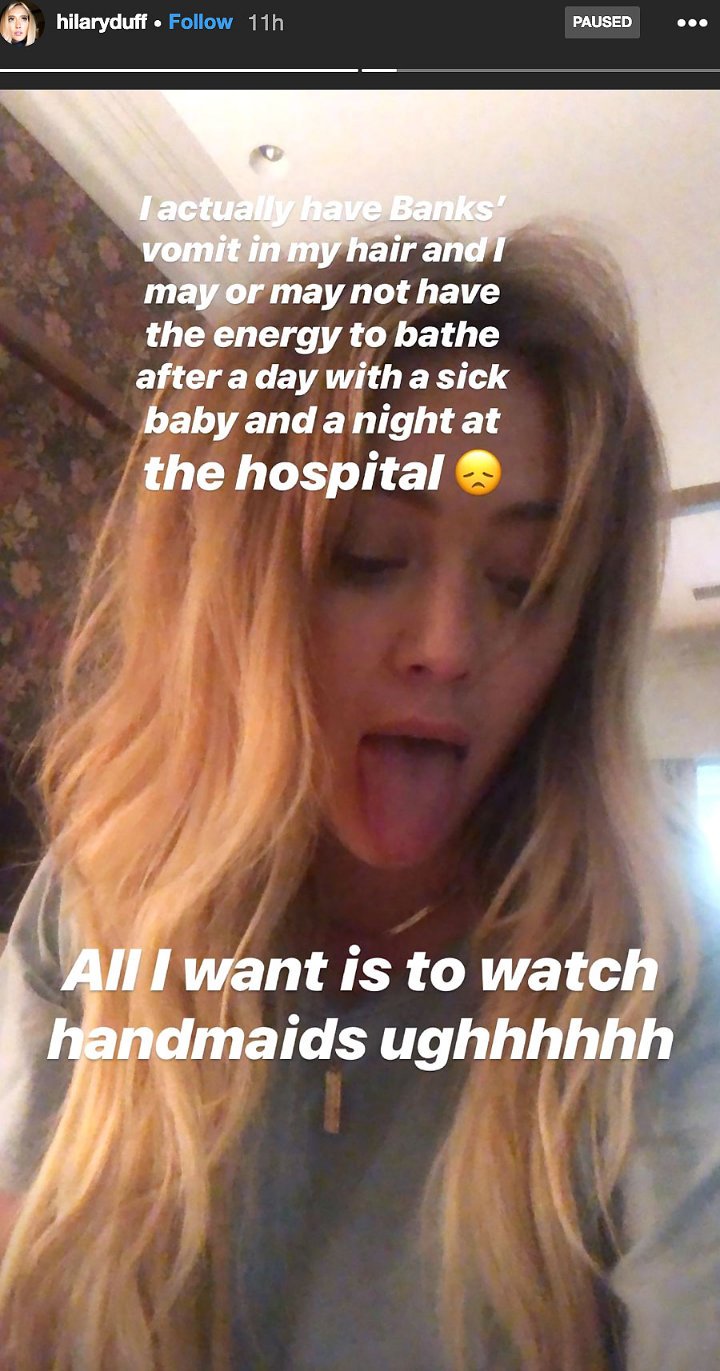 Hilarry Duff shared a photo of her bedraggled self after the long hospital visit.

However, it appears the mother-of-two did manage to take a shower and run some errands, as she later posted a black-and-white image of Banks sleeping on her chest.

"Right home to a sick baby," she wrote beside the picture, which drew a comment from Duff's fiance, musician Matthew Koma.

Duff, who became engaged to Koma last month (May 2019), is also mum to seven-year-old son Luca, with her ex-husband Mike Comrie.

David Foster's Daughter to Get Mastectomy to Battle Breast Cancer

Hilary Duff Left 'So Exhausted' by Full-Time Parenting During Lockdown