The 'Suicide Squad' actress and the 'Pretty Little Liars' alum start online chatter after they were spotted buying and carrying a sex bench into their West Hollywood home.

AceShowbiz - Having been dating for around a year now, Cara Delevingne and Ashley Benson may try to keep the sparks alive with their recent purchase. The couple set tongues wagging after they were spotted buying a sex bench.

The 26-year-old supermodel and her 29-year-old actress girlfriend were pictured carrying the raunchy item into their West Hollywood home on Tuesday, May 28. Looking excited about the prospect of exploring their new tool, they were giggling while doing the unload.

Cara looked chic in a pastel pink denim jacket on top of a simple white T-shirt, paired with tan shorts and white sneakers. She also had sunglasses perched on her head. Ashley also kept it casual in a plain white T-shirt and denim shorts, while wearing a black cap and black-and-white sneakers. 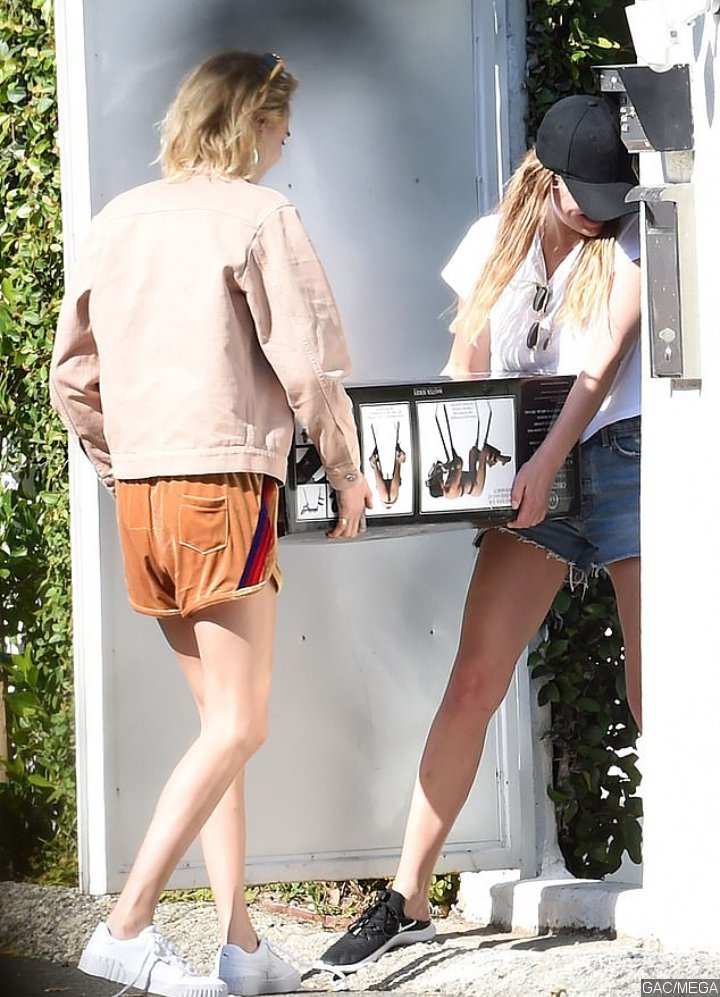 Cara Delevingne and Ashley Benson are spotted carrying a sex bench into their home.

Another posted on Twitter, "carving the words 'cara delevingne and ashley benson's sex bench' into the face of a mighty stone monolith." A jealous user added, "Their shopping is a lot more interesting than mine!"

It's not clear where the couple purchased the sex bench, but they were earlier spotted going shopping at Target. Joined by a female pal, they did a lot of purchase as they came out with a trolley full of their new belongings.

Lindsey Vonn and P.K. Subban Have Steamy Makeout Session at the French Open