'Sonic the Hedgehog' Gets Postponed to 2020 to Allow for Redesign

'Everyone at Paramount and Sega are fully committed to making this character the BEST he can be,' explains director Jeff Fowler when announcing the new release date of the video game-themed film.

Director Jeff Fowler reveals fans' reactions to the blue video game hero's human teeth in a recently released Paramount trailer prompted him and his design team to go back and rethink Sonic's look.

Social media sites erupted with criticism after the teaser dropped, with fans calling the hedgehog "creepy" - and that didn't sit well with Fowler or the producers.

The director took to Twitter on Friday, May 24 to announce the film has been pushed back from November to February 14, 2020 to allow time for a redesign.

"Taking a little more time to make Sonic just right," he wrote. "Thank you for the support. And the criticism. The message is loud and clear... you aren't happy with the design & you want changes. It's going to happen. Everyone at Paramount & Sega are fully committed to making this character the BEST he can be." 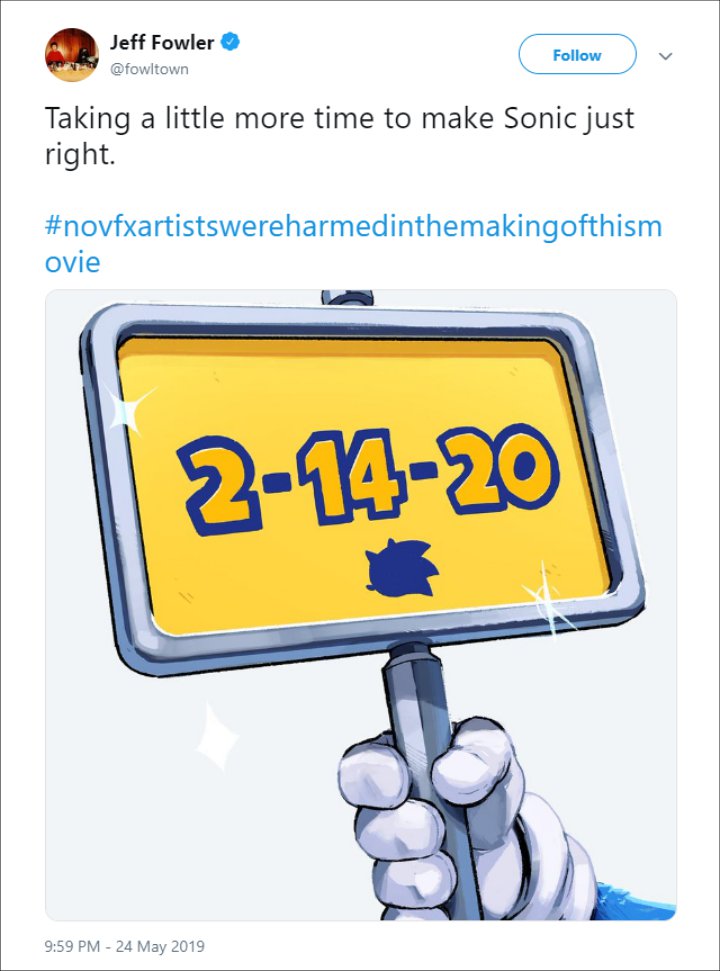 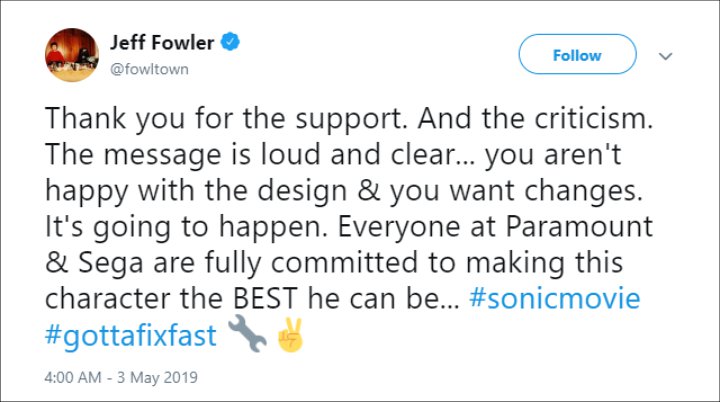 The director previously said that he would take all the messages into consideration.

The film features Jim Carrey, James Marsden and Ben Schwartz as the voice of Sonic.