Mel Brooks is bringing "The Producers," one of the most honored musicals in the history of the American theater, to the motion picture screen as a sparkling, feature-length musical comedy. The record-breaking Tony Award-winning hit (based on Mel Brooks' seminal 1968 motion picture comedy) received 15 nominations and won a record-breaking 12 awards, including Best Musical, Best Director and Choreographer, and Best Actor.

Two-time Tony Award winners Nathan Lane and Matthew Broderick return to their celebrated roles as Max Bialystock and Leo Bloom, a scheming theatrical producer and his mousy CPA who hit upon the perfect plan to embezzle a fortune: raise far more money than you need to produce a sure-fire Broadway flop and then (since no one will expect anything back), Max and Leo can pocket the difference. To do this, they need the ultimate bad play, which they find in the musical "Springtime for Hitler". Their plans come to naught and the duo are taken completely by surprise when their new production is hailed as a toast-of-the-town hit. Uma Thurman stars as Ulla, the Swedish secretary/slash/receptionist and would-be showgirl, and Will Ferrell brings his spot-on comic talents to the role of Franz Liebkind, the neo-Nazi playwright (and pigeon fancier) responsible for penning the "worst play ever written."

"The Producers" is directed by Susan Stroman, Tony Award-winning director and choreographer of the original Broadway production of The Producers; it is written by Mel Brooks & Thomas Meehan (based on their original stage play), with music and lyrics by Brooks. Brooks also produces, with Jonathan Sanger. 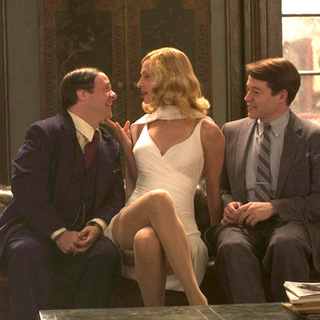 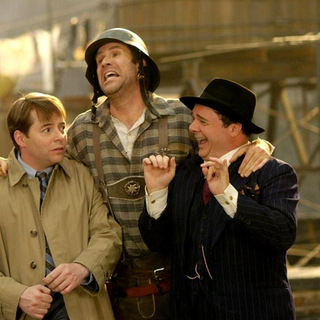 Nathan Lane, Will Ferrell and Matthew Broderick in Universal Pictures' The Producers (2005) 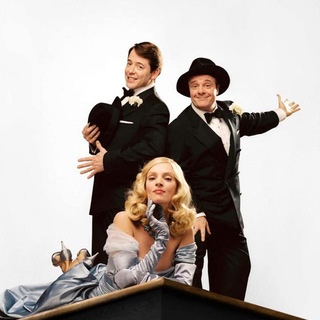