Matt Reeves' 'The Batman' to Feature 'Half-a-Dozen Villains,' Including Catwoman and Penguin

Robsten fans have been campaigning for Kristen Stewart to get cast as Catwoman opposite her 'Twilight Saga' co-star Robert Pattinson in the upcoming Warner Bros. movie.

AceShowbiz - Whoever gets cast as Batman in Matt Reeves' movie, he will get his hands full with getting in shape to fight a bunch of comic book villains. Words are the upcoming movie, which is simply called "The Batman", will feature not just one or two, but six baddies.

One of the villains is reportedly Batman's famous nemesis, the Penguin. According to the Hollywood Reporter‘s Heat Vision newsletter, "Matt Reeves is still tweaking his script, which is rumored to have at least two villains, the Penguin being one of them, according to sources (one person is telling us there will be around half-a-dozen villains!)"

The report adds, "We're hearing of another purrfect character making an appearance in the script as well." While it doesn't specifically name the character, this "purrfect character" is believed to be Catwoman.

Reeves previously hinted at the multiple villains' appearance in the upcoming movie. "You can't have Batman without a villain," he told THR back in January. "There will be a rogues gallery."

Recently, Variety reported that Robert Pattinson is close to landing the lead role in "The Batman". However, Deadline said that it's not been set just yet, and that "Dark Phoenix" and "Tolkien" star Nicholas Hoult is still in the running for the part.

Still, rumors of Pattinson's possible involvement have prompted Robsten fans to flood the Internet with the idea of the actor's reunion with his "Twilight Saga" co-star Kristen Stewart. They are rallying for the actress to get cast as Catwoman alongside the British stud.

"Cast Kristen Stewart as Catwoman you coward," one person tweeted. Another added, "It only works if Kristen Stewart is Catwoman." Someone else weighed in, "okay so now that Rob Pattinson is Batman i've realized that kristen stewart is the only suitable choice for the new catwoman and I am also 100% right."

A source, however, has nixed the possibility of a "Twilight" reunion in "The Batman". The Warner Bros. source tells HollywoodLife.com, "It's cute that fans are lobbying for Kristen to be Catwoman in 'The Batman', but it likely won't happen. It's not because they dislike her; they would just like the film to have its own identity, and not be linked to Twilight."

Ellen DeGeneres Declares War With Kris Jenner - Find Out Why 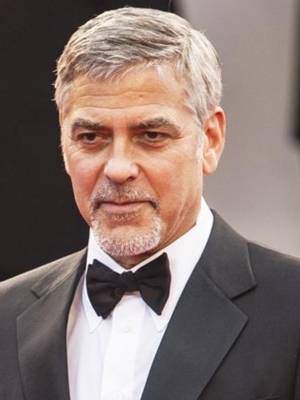