A day after her 'Dancing with a Stranger' collaborator backed out of his scheduled duet performance, the Fifth Harmony member issues her own statement regarding the cancellation.

AceShowbiz - Fifth Harmony's star Normani Kordei is praying for her "Dancing with a Stranger" collaborator Sam Smith after he was forced to pull out of a duet at the Billboard Music Awards earlier this week (begin April 22).

Just days after the singer cut short a gig in Cape Town, South Africa and told fans he was struggling with anxiety issues, he has axed a string of appearances, including a much anticipated performance with Armani on 1 May.

A statement on his Twitter page read: "In the wake of cutting his South African tour short last week, Sam's medical specialists are requiring him to have further rest. Regrettably this means that he will be unable to perform at the Azerbaijan Gran Prix in Baku this weekend or the Billboard Music Awards in Las Vegas next week."

"We apologise for the disappointment for those affected, but the primary focus at this time needs to be on Sam's recovery and health." 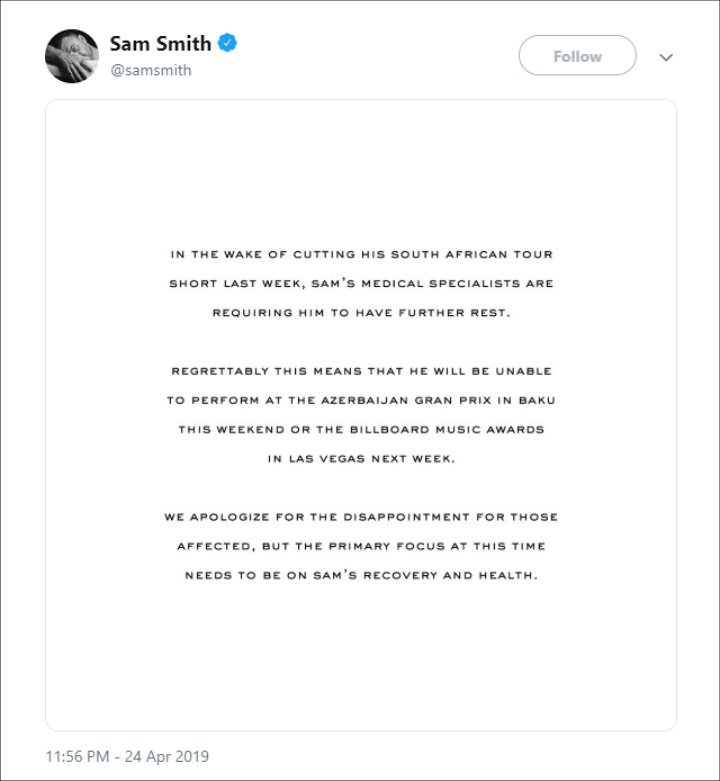 And now Normani has broken her silence, telling fans she's disappointed that all the work she has done preparing for the Billboard Music Awards will come to nothing.

"(This) truly disappoints me as I know it disappoints you," the singer says in a statement. "(I've been) working harder than I ever have in rehearsals for the last week to ensure that I give you the best possible performance."

"Thank you to the BBMAs for being so understanding and patient. We all tried incredibly hard to work through these obstacles to figure out any and every possible way to make this work." 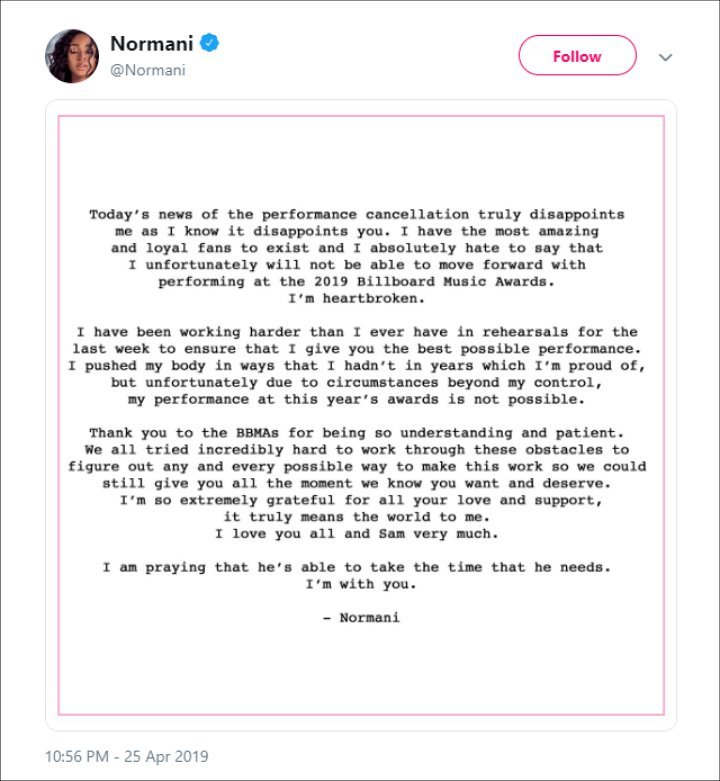 "I love you all and Sam very much," Normani continues. "I'm praying that he's able to take the time he needs. I'm with you."

Artist of the Week: Normani