In a statement regarding the 'Boyz n the Hood' helmer's latest condition, a spokesperson for his family assures that he is currently 'under great medical care' in the ICU.

The director, screenwriter and producer, perhaps best known for making 1991 teen drama "Boyz n the Hood", had a stroke while at the hospital on Wednesday, with editors at TMZ reporting that he sought treatment after experiencing weakness in one of his legs following a flight back to the U.S. from Costa Rica.

After initial reports of his hospitalisation, a spokesperson for his family issued a statement to update fans on his condition.

"On Wednesday, April 17th our beloved son/father, John Singleton, suffered a stroke while at the hospital. John is currently in the ICU and under great medical care," they said. "We ask that privacy be given to him and our family at this time and appreciate all of the prayers that have been pouring in from his fans, friends and colleagues."

No further updates on Singleton's health were given. However, a number of celebrities have taken to social media to wish the 51-year-old a speedy recovery.

Director Guillermo del Toro shared a black-and-white portrait of Singleton on Instagram and wrote, "Get well, John Singleton! Such a generous spirit," while astrophysicist Neil deGrasse Tyson uploaded a snap of himself with the filmmaker alongside the caption, "Wishing Director John Singleton (age 51) a speedy recovery from his stroke. An occasion, perhaps, for the rest of us to be amazed that human physiology works at all." 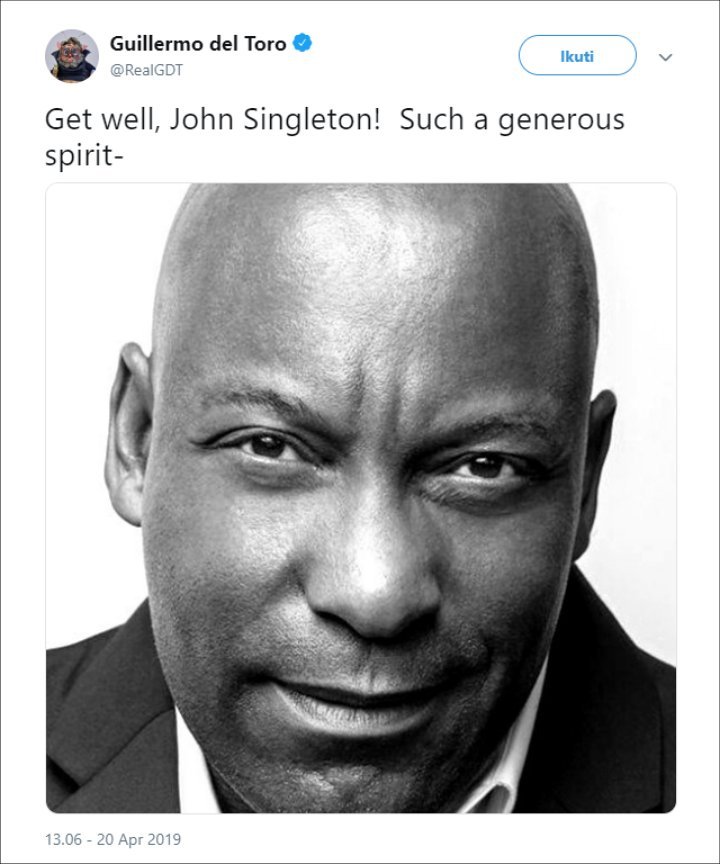 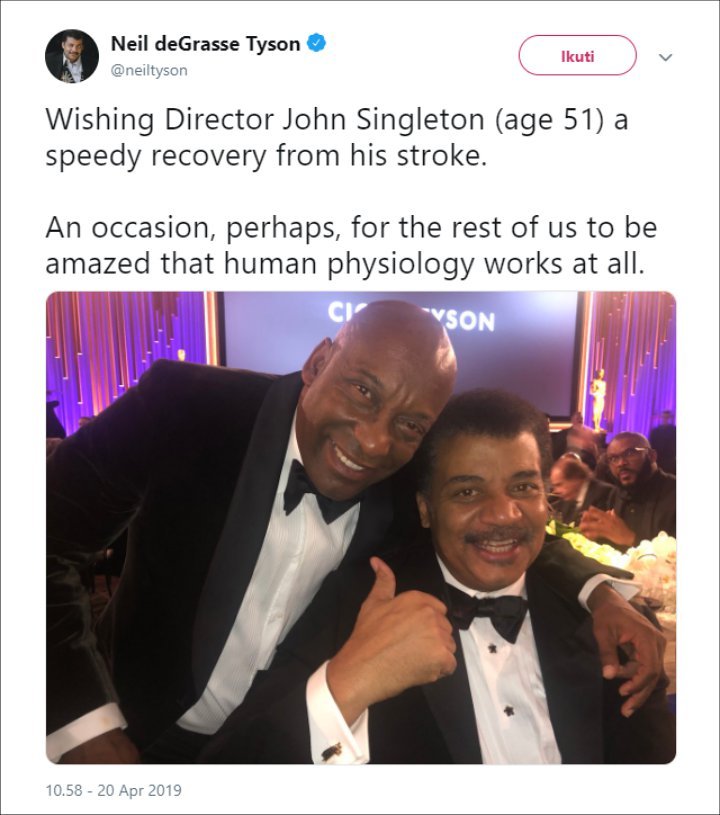 And the "Snowfall" co-creator was also sent a note by his colleagues at the FX network.

"We are sad to learn the news of John's condition, but we know he's a fighter. The thoughts and prayers of everyone at FX and his "Snowfall" family are with him and we are hopeful for a complete and speedy recovery," a representative said in a statement.