In the latest episode of her 'Pratt Cast' podcast with Wells Adams, the 'Celebrity Big Brother' alum blasts her brother and sister-in-law as saying, 'I'm not going to pretend that Spencer and Heidi are good people.'

AceShowbiz - Just because "The Hills" is getting a reboot, it doesn't mean Stephanie Pratt will reboot her relationship with brother Spencer Pratt as well. In fact, their relationship goes south once again due to a certain someone, who is no other than Spencer's wife Heidi Montag. Stephanie dished on what really happened between the three in the latest episode of her "Pratt Cast" podcast with Wells Adams.

Explaining that she and Spencer actually promised not to ruin their family anymore prior to "The Hills: New Beginnings" filming, Stephanie revealed that their truce only lasted for a short time, blaming Heidi for it. She said that it all happened during a photoshoot with the cast of the MTV show. At the time, Heidi cracked open a bottle champagne and shared it with everyone but her. When she looked to her brother for help, he did nothing. Stephanie also claimed that Heidi's behavior had put her off for years.

"I'm done, I don't care, I'm not protecting them anymore," the "Celebrity Big Brother" alum said. "I'm not going to pretend that Spencer and Heidi are good people like I was doing for most of the series for my parents. For the [expletive] they have done to me recently, I'm done. This is why I moved to London. I'm done."

Calling Heidi and Spencer "the most toxic people I've ever met," Stephanie continued, "They are Bonnie and Clyde till they die so if they say this sky is black, all of us are morons for saying it's blue." She went on promising to "expose them for who they are" because she felt "confident and secure enough in myself to not pussy foot around them."

Co-host Wells then asked if this was a publicity stunt to stir up drama, Stephanie assured him that it was real and advised him not to let his future son to meet "a Heidi Montag." She continued, "What Heidi Montag does, she has played my family for money. When my mom said, 'What do you want from Costco, toilet paper, paper towels?' She said a treadmill."

Even though she admitted she would "really miss" the couple's son Gunner, she preferred to stay away from him rather than having to deal with his parents. She concluded, "You know what, Spencer's dead to me. I do not have a brother and I never had a sister-in-law."

Heidi and Spencer have yet to comment on this story.

Madonna to Perform at 2019 Eurovision Song Contest in Israel 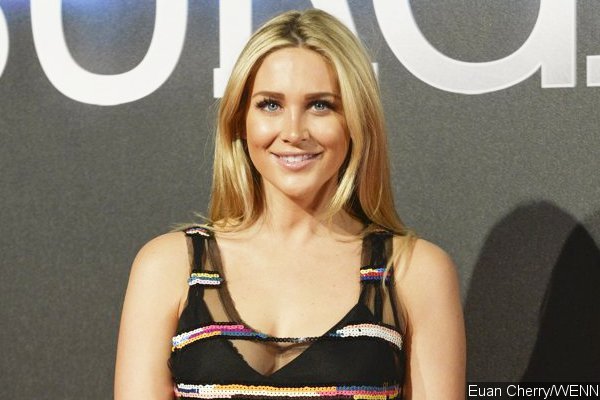