The sister-in-law of Heidi Montag has accused looters of using the nationwide protests prompted by the tragic death of George Floyd as an 'excuse to rob and burn all of our towns down.'

AceShowbiz - Stephanie Pratt has drawn the ire of fellow Twitter users. On Sunday, May 31, the former star of "The Hills" condemned the ransacking of stores in Santa Monica, California after a peaceful protest over George Floyd's death turned violent. Instead of garnering support, her words prompted the resurfacing of her troubled past.

The 34-year-old shared her thought on the looting in a series of tweets. Some of them read, "Anyone else sobbing watching their town being burned down?" and "Where the f**k is the national guard- Santa Monica is burning!!!!!!" It was her "Shoot the looters - using this tragedy as their excuse to rob and burn all of our towns down" tweet, however, that caught the attention of many. 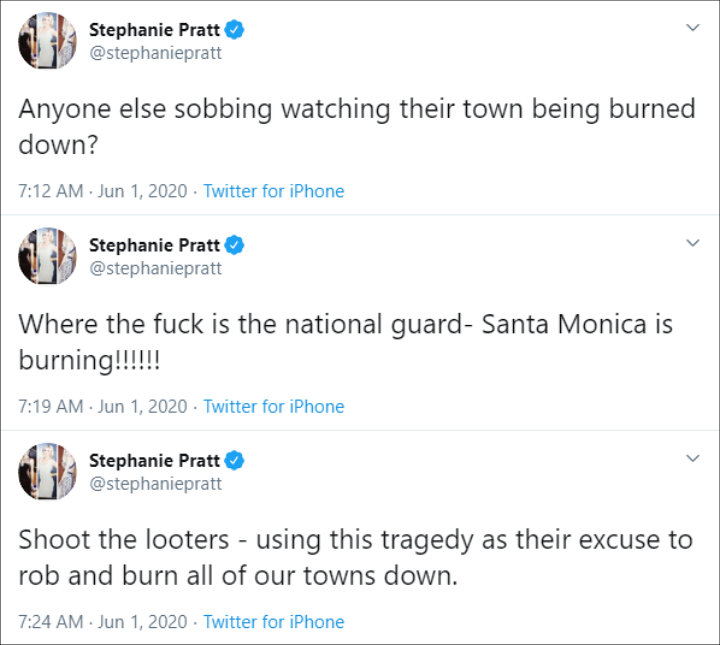 Stephanie Pratt reacted to the looting in Santa Monica.

Expressing her disgust over Stephanie's violent suggestion, YouTuber Angela Babicz brought up her 2006 arrest due to a shoplifting incident. "Oh cause I thought the thief who shoplifted more than $1,300 worth of clothing from Neiman Marcus said some.…," Angela tweeted along with a mugshot of the reality star. 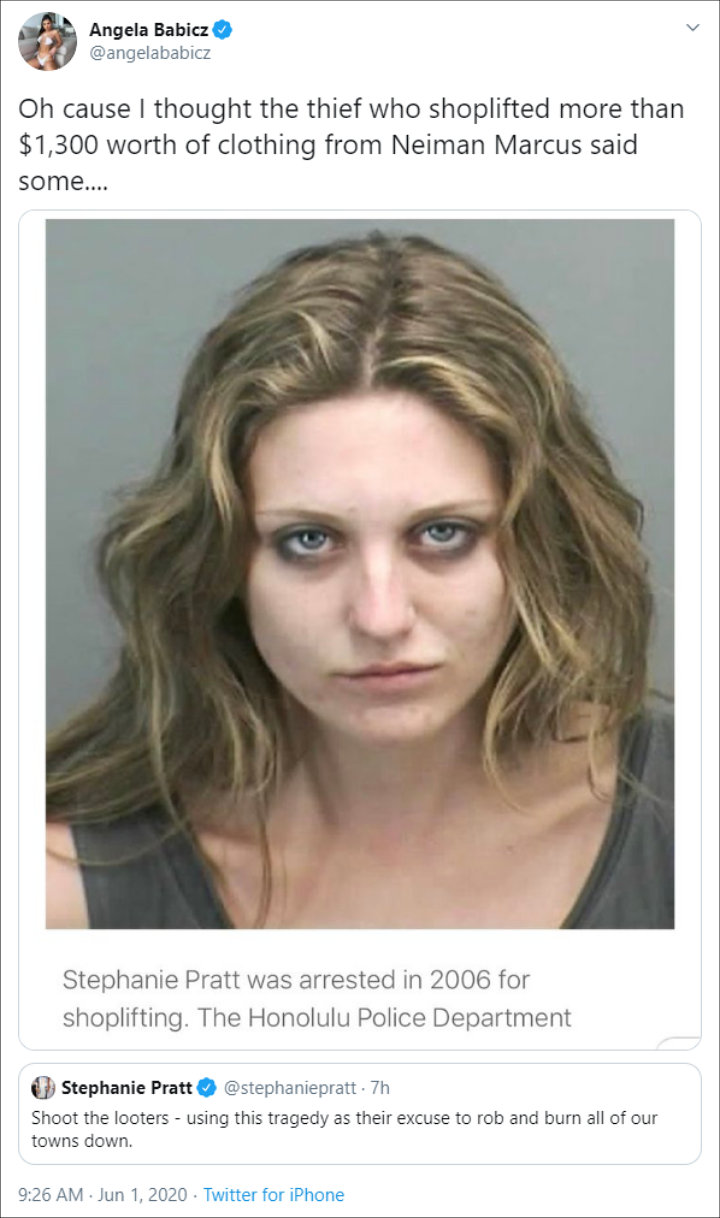 Stephanie Pratt's past arrest for shoplifting was brought up yet again.

Stephanie and a friend were arrested for trying to steal designer clothes in Honolulu, Hawaii back in 2006. The pair were charged with second-degree theft as well as "promoting a dangerous drug" in the third degree and "promoting a harmful drug" in the third and fourth degree after drugs were found in her bag. She was sentenced to three years of probation.

Years later, the "Made in Chelsea" star addressed her arrest in her tell-all autobiography, "Made In Reality". Saying that it happened at the height of her substance abuse, she recalled waking up "handcuffed to a hospital bed." She added, "When I landed back in L.A., Mom took me back home and I went upstairs to my old bedroom and I felt so much shame."

Aside from the resurfacing of her 2006 arrest, Stephanie was also attacked by many for encouraging more violence in the midst of civil unrest across the country. "Why would you tweet something so stupid? Have you not learned anything from your commander and chief's tweets? You're insighting more violence," one wrote, while another stated, "I'm disgusted. You're promoting killing people over material objects. YOU. ARE. THE. PROBLEM." 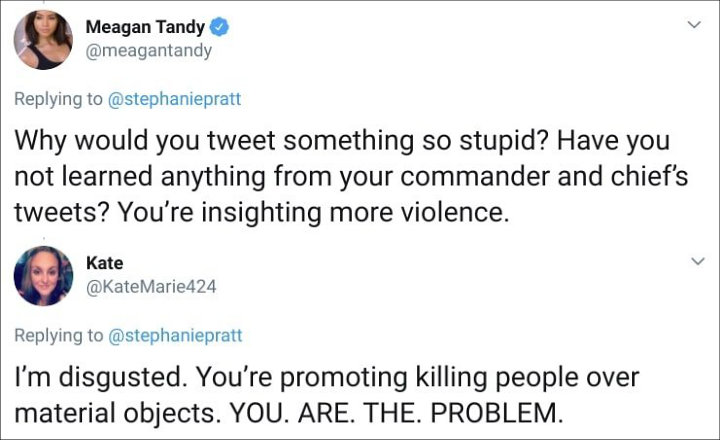 The Sunday protest itself was triggered by the killing of George Floyd by a Minneapolis police officer. The African-American man died after repeatedly telling officer Derek Chauvin, who kneeled on his neck during an arrest, that he cannot breathe. The brutality of the incident has since sparked violent clashes between police and Black Lives Matter protesters.