Taking part in James Corden's 'The Late Late Show' segment of 'Spill Your Guts or Fill Your Guts', Kevin, Joe and Nick Jonas steer clear of having to eat either bull's penis or beetle marmalade toast.

The siblings, who have recently reunited on new single "Sucker" after a nearly six-year hiatus, all took part in the "Spill Your Guts or Fill Your Guts" segment of "The Late Late Show with James Corden", in which the host gave his guests the option of answering awkward questions or forcing them all to taste a disgusting dish.

As part of the game, James Corden selected bird saliva as one of Nick Jonas' options, and then asked him to "name the most famous person that's hit on you."

"Oh man, I'm battling answering this question and Kevin said this is the thing he's least excited to have to eat... so in the spirit of brotherly love (let's drink the bird saliva)," he replied, with all the brothers proceeding to sip the liquid.

"No chaser?" Joe Jonas, 29, asked jokingly, while Kevin Jonas commented, "Oh my God, that stays with you!"

Elsewhere in the round, Kevin, 31, claimed that he would rather buy an album from Joe's band DNCE rather than one of Nick's records to avoid eating "beetle marmalade toast," and Joe chose to gulp back some chili pepper smoothie rather than select his favourite boyband out of Bangtan Boys a.k.a. BTS, One Direction, the Backstreet Boys or NSYNC.

And Nick was put in a tight spot when James asked him to rank his "Jumanji: Welcome to the Jungle" co-stars Jack Black, The Rock a.k.a. Dwayne Johnson, Kevin Hart and Karen Gillan from most to "least likable," or eat some bull's penis.

"You see the thing about this question, is that they all control whether I'm in the movie or not, and specifically, Dwayne Johnson. He's the biggest with the most muscle. So, then it's Karen. Karen, she's second, because she's so kind and funny."

"And then Jack is so funny and charismatic," the 26-year-old responded nervously, to the surprise of his siblings. "I love you, Kevin, I'm sorry!"

Nick is due to reprise his role in the next installment of the "Jumanji 3" franchise, which recently began shooting and is slated for release in December. 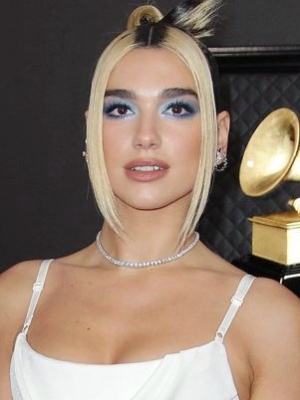 John Leguizamo Boycotting Emmys Due to Lack of Latinx Representation