Joining the likes of Cara Delevingne and Kaia Gerber, the 'Loving Pablo' actress carries a single white rose as she walks down the catwalk at the emotional Grand Palais event.

The actress hit the runway in Paris wearing a while ensemble that is among the pieces featured in the late designer's line with the luxury label.

The Spanish beauty also carried a white rose at the emotional Grand Palais event, which featured the brand's Fall/Winter 2019 line, as worn by models including Cara Delevingne and Kaia Gerber.

During the conclusion of the event, those appearing in the show joined one another for the finale and shed a few tears for the visionary, who died at the age of 85 last month. As People reports, the seats at the event were adorned with a note and sketch Lagerfeld drew of himself and Chanel founder, Coco Chanel, with the words, "The beat goes on...".

Cruz first joined forces with Chanel last October (18), after signing on as an ambassador for the brand, to showcase the nautical-themed cruise collection.

"It's such an iconic brand and Karl is a genius, and I've been admiring everything he's done since I was a little girl, so it's such a pleasure working with him," she told Women's Wear Daily at the time. "He's like the king of fashion and we had a really, really interesting photoshoot, so to be in front of his camera is an adventure." 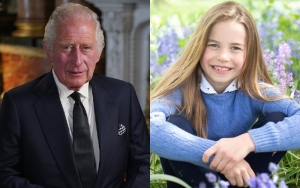 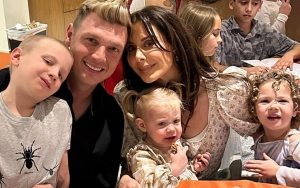