Sharing the news about the actor's recent hospitalization is his 'Isn't It Romantic' co-star Rebel Wilson as his wife Miley Cyrus is seen being joined by her parents Billy Ray and Tish on the red carpet.

AceShowbiz - Liam Hemsworth was noticeably missing at the 61st annual Grammy Awards where his wife Miley Cyrus was scheduled to perform onstage. But fans have no reason to be worried about the newlyweds' marriage as his absence had nothing to do with their relationship. Turns out that he skipped the event because of his recent health issue.

His "Isn't It Romantic" co-star Rebel Wilson confirmed that the Aussie hunk was hospitalized the night before the Sunday, February 10 ceremony. "[Liam] was in hospital overnight," Rebel told "Extra" on the red carpet of the Grammys. "He texted us this morning." Hinting that his condition was nothing too serious, she added, "Hopefully he will be fine."

Despite not having Liam by her side, Miley didn't appear solo at the Grammys. She was joined her parents Tish and Billy Ray Cyrus as she arrived at the Staples Center in Los Angeles. Wearing an oversized black tuxedo and flared pants, the 26-year-old singer/actress flashed a smile while posing for the cameras. 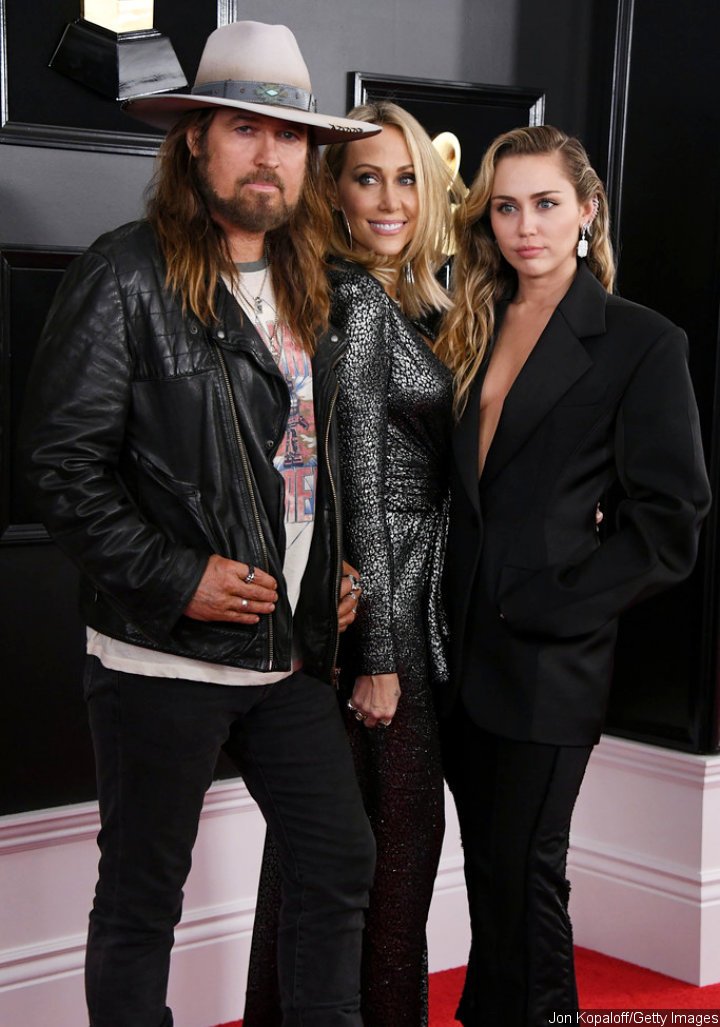 Miley Cyrus was joined by her parents Billy Ray and Tish while Liam Hemsworth skipped the 2019 Grammys.
See also...

Miley delivered a surprise duet with Shawn Mendes for his hit single "In My Blood" before joining godmother Dolly Parton onstage to perform "Jolene".

On Friday night, Miley also teamed up with Shawn to pay tribute to Dolly at the Recording Academy's annual MusiCares benefit gala where Dolly was honored as the 2019 MusiCares Person of the Year. The two young stars performed the veteran singer's 1983 duet with Kenny Rogers, "Islands in the Stream", with Mark Ronson.

"She doesn't really let me call her a godmother. She likes fairy godmother much better," the "Malibu" singer told Entertainment Tonight of the country singer. She added that Dolly "deserves the honor because of her kindness."

Liam and Miley are scheduled to attend the Los Angeles premiere of "Isn't It Romantic" on Monday. It's currently unknown if "The Hunger Games" hunk will make it to his movie screening after his hospitalization.

Grammy Awards 2019: Kacey Musgraves Bursts Into Tears With Album of the Year Win

Report: Liam Hemsworth Is Frontrunner to Be DCEU's Green Arrow