The former 'The Vampire Diaries' star and his girlfriend are rumored to have tied the knot after being spotted wearing matching gold bands during a recent outing.

AceShowbiz - Paul Wesley is a married man now. The 36-year-old actor is reported to have secretly married his girlfriend Ines de Ramon, less than a year after they started dating. He has not confirmed the news, which was first reported by E! News.

The couple sparked the speculation about their relationship status after they were spotted wearing matching gold bands on their ring fingers while walking around New York City's West Village neighborhood on Friday, February 1. The two went casual during the outing, with Paul holding presumably a bottle of beer, while Ines holding a cup of hot beverage as she's getting occupied with something on her smart phone. 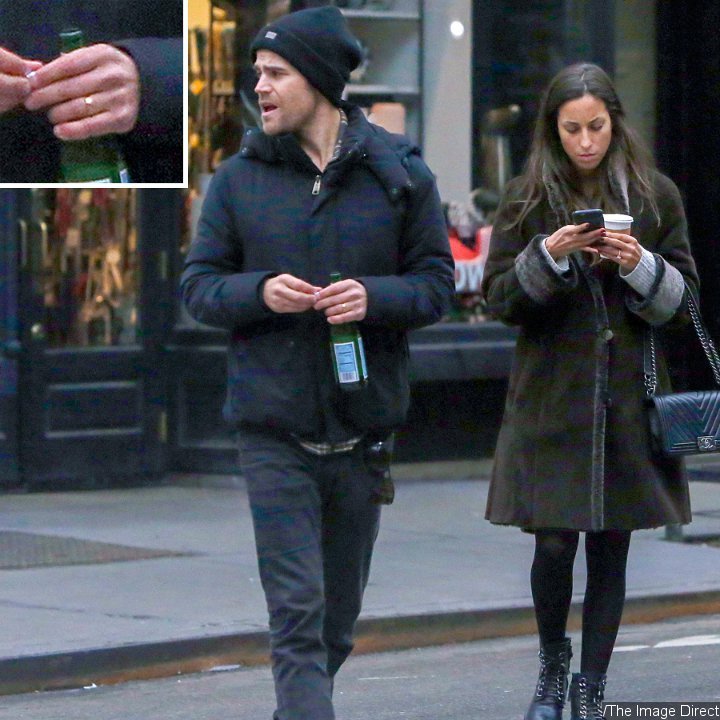 Paul and Ines, a health coach, were first spotted together in June, when they were seen holding hands after a dinner date in NYC. They pair have been keeping their relationship low profile. The former "The Vampire Diaries" star rarely shared their pictures together, but he proudly showed off his lady on Instagram back in September. Ines was photographed overlooking NYC's Feast of San Gennaro from a balcony.

Paul was previously married to actress Torrey DeVitto, whom he met while they filmed slasher comedy "Killer Movie" in 2007. They tied the knot in a private ceremony in New York City in April 2011. They filed for divorce in July 2013 and their divorce was finalized in December of the same year.

The "Tell Me a Story" star later dated his "Vampire Diaries" co-star Phoebe Tonkin on and off from September 2013 to October 2017. "He's my best friend," the 29-year-old actress gushed about Paul in 2015. "It's such a fun time in my life right now. It's nice to have someone to share all that with."

'Aquaman' Monster the Trench Gets Its Spin-Off Movie