A spokesperson for the airline confirms that there were passengers pulling out a Dublin-bound flight in England, before adding that it has 'a strict no-tolerance policy towards disruptive guest behavior.'

The outspoken rapper, who has famously clashed with Russell Crowe and Iggy Azalea in the past, called Irish women "ugly" after claiming she was banned from a Dublin-bound flight at Gatwick Airport in England on Monday, January 21.

Banks took to Instagram to tell followers she was "treated like a wild animal" on the plane and removed herself.

"The lady is like... asking me some questions," she said tearfully in the video, "and since I didn't have an answer for her, she went a couple of seats over and she's just like staring at me." 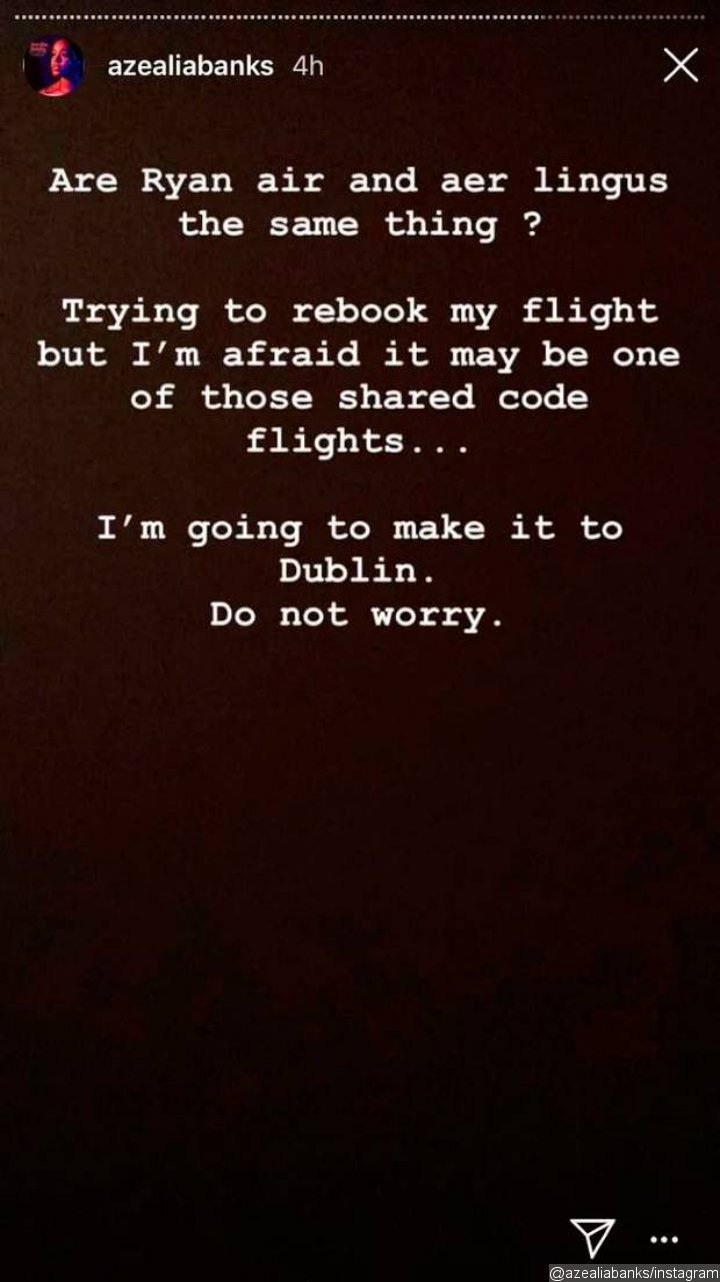 "She goes to the captain of the plane and lies and says that I said; 'Oh don't stare at me, I'll sort you out'. I'm from New York City, I don't say s**t like that, I don't use that kind of slang."

"Every time I come to the U.K., they always make some s**t with these airline people," Banks added. "They are always starting s*** with me. I had my bags deep in the plane and the lady was asking me some questions. They crowded round me like I'm some sort of animal saying, 'We're going to have a problem'."

"I get off the plane. I've worked too hard in my life to be cornered by some ugly Irish b**ch. They are ugly Irish women here... Now they're like, 'You can never fly Aer Lingus because you got off the plane'."

{WATCH & SWIPE} #AzealiaBanks breaks down on Instagram after claiming she has been banned from her #AerLingus flight in Dublin.🇨🇮😬

A spokesperson for the airline has confirmed that two passengers got off the flight, adding that they do not tolerate "disruptive guest behaviour."

"As they had luggage in the hold, the flight was delayed while that luggage was sourced," the spokesperson said.

"Aer Lingus has a strict no-tolerance policy towards disruptive guest behaviour. The safety and security of our guests and crew remains our first priority."