The 33-year-old shares a black-and-white photo of her and he husband of during their European honeymoon, and her pose seemingly makes people think she's expecting.

AceShowbiz - Kaley Cuoco is done with Instagram trollers. "The Big Bang Theory" actress recently took to the photo-sharing site to shut down speculation that she's been eating for two.

The 33-year-old shared a black-and-white photo of her and he husband of seven months Karl Cook during their European honeymoon. The snap featured the newlyweds leaning in toward each other for a sweet kiss.

As Kaley, who donned a floral maxi dress, bent over her body, it made her look like she was hiding a baby bump. "Are you hiding a baby bump?!?!" a curious fan left a comment in the post. Meanwhile, another user asked, "When's the baby due???"

The actress has had it enough with the question. Thus she decided to slam the rumors once and for all. "I'm so sorry I bent over in a way to where my dress billowed in the wind and made you think this," Kaley captioned a screenshot of the comments on her Instagram Stories Thursday, December 20.

"Question. Would you walk up to me and ask this straight to my face?" she added. 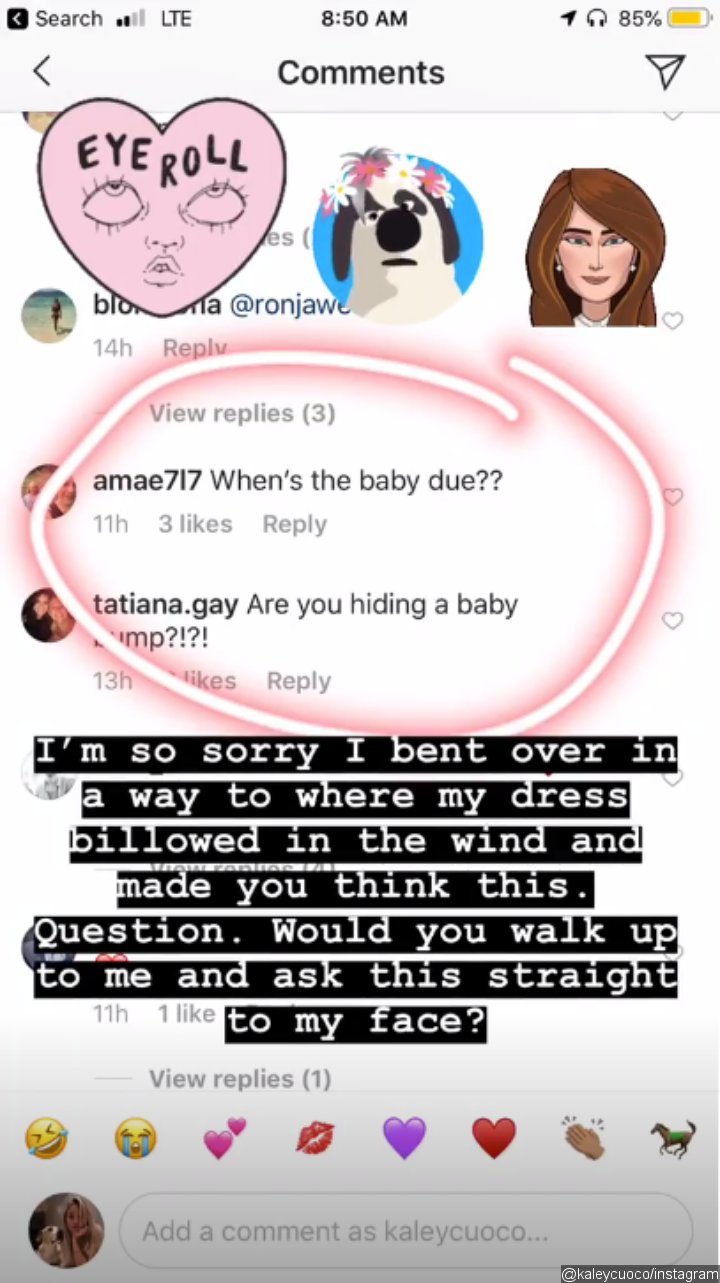 This was not the first time Kaley was forced to address a pregnancy rumor. "So, because I'm in traffic I thought I'd take this time to comment on some Instagram trolls," she said in her Instagram Story after her photo at the InStyle awards apparently made some people think that she's expecting.

"I posted a picture this morning of my sister and I from an event last night and people said I looked pregnant," she continued. "Now, would you ever walk up to someone on the street or at an event where they're obviously dressed up and say, 'Are you pregnant?' "she said. "It's just so comedic and shocking that people would ask that."

"I'm not pregnant. I guess it was a pregnant angle. Seriously, shut up," she concluded.

Kaley Cuoco Almost Lost Her Leg After Falling Off Horse