Artist of the Week: Mariah Carey

In addition to receiving massive love from fans, her latest album 'Caution' gets positive reviews from music critics and performs well on charts.

AceShowbiz - Having eighteen of her songs topping Billboard Hot 100, it's only natural that people will always wait for Mariah Carey to release her music. Her latest album "Caution", which serves as her first album in four years, is not an exception. Released on November 16, the record received positive reviews from music critics and performed well on music charts, in addition to receiving massive love from fans.

Featuring tracks such as "With You" and "GTFO", the ten-track album debuted at No. 5 on Billboard 200 chart. It additionally arrived atop Billboard's Top R&B/Hip-Hop Albums, marking her eight No. 1 album on the chart. With that, she officially held the third spot of artists who have the most No. 1 albums on the chart's history, following Mary J. Blige and Aretha Franklin in second place as well as The Temptations in first place.

As for the critics, Elias Leight of Rolling Stone dubbed the record Mariah's best album of the year whilst Maura Johnston of Pitchfork said that the album found the singer celebrating "her ultimate-diva status and of R&B coming back around to her aesthetic."

In support of the album, Mariah will travel around the world for her "Caution World Tour". The "We Belong Together" singer is expected to launch the trek on February 27, 2019 in Dallas Texas before stopping in Atlantic City and Philadelphia. The North American leg of the tour will wrap up on April 6 in Bethlehem as more dates will be announced in the coming days. Tickets went on sale to general public on October 23.

Prior to her world tour, Mariah will be in Las Vegas to continue her residency "The Butterfly Returns" at the Caesars Palace Colosseum. She is also expected to hit the road in Europe for her "All I Want for Christmas Concerts" this month. 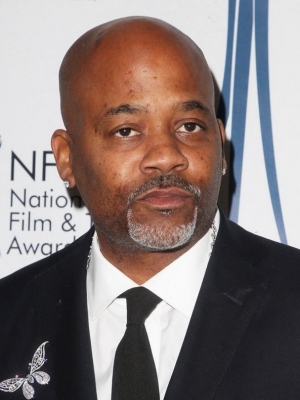 Pop Smoke's Second Posthumous Album to Be Unleashed in Mid-July

Johnny Marr Not Ruling Out Return to Modest Mouse