Even If His Son Got Hit by Bus, 50 Cent Says He Would Be Just Fine

The 43-year-old leaves a nasty comment on an Instagram, photo of Marquise Jackson and the son of his longtime rival, Kenneth 'Supreme' McGriff.

AceShowbiz - 50 Cent is officially the worst dad of the year. The "In Da Club" rapper may don't have the best relationship with his 21-year-old son Marquise Jackson, but he may be taking it too far with his latest remarks about the latter.

The 43-year-old commented on a fan account's Instagram post that featured a photo of Marquise, whom he shares with Shaniqua Tompkins, and a friend, the son of his longtime rival, Kenneth "Supreme" McGriff. McGriff is suspected to be involved in 50's infamous 2000 shooting which sent him to behind bars to serve a life sentence for murder conspiracy and drug trafficking. He is also associated with Ja Rule, one of 50's rivals. 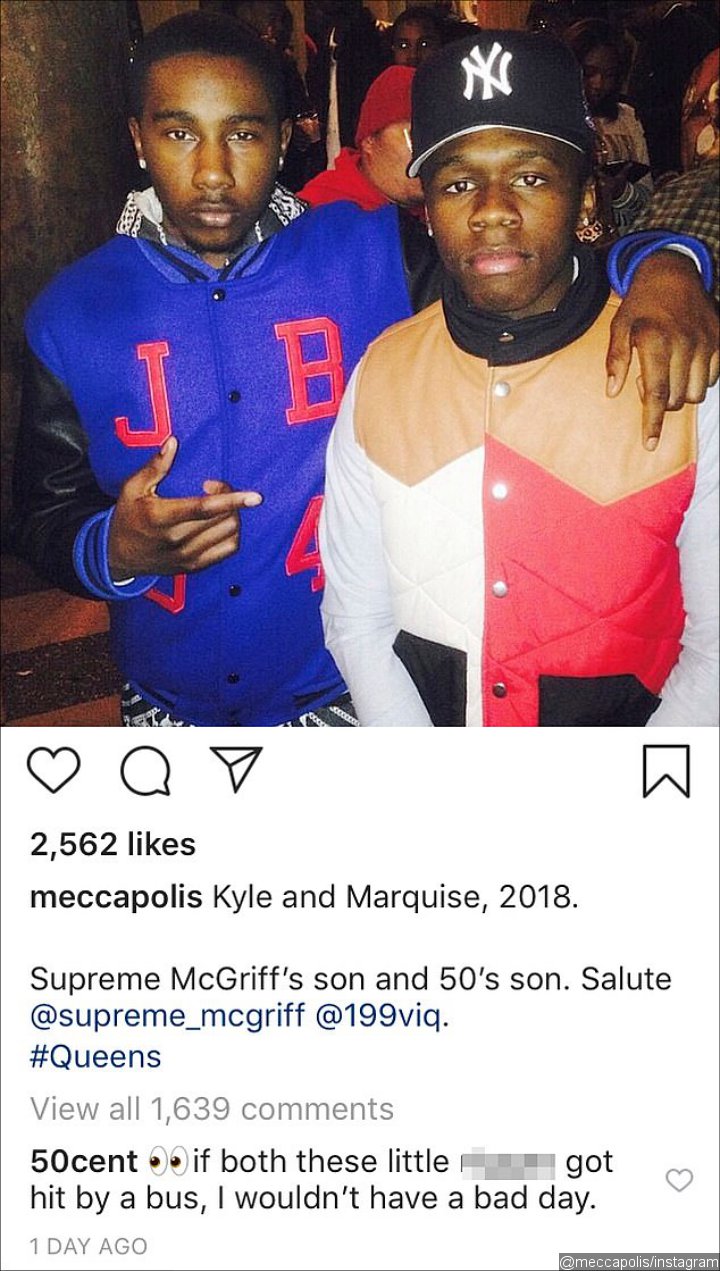 50 and his son have been in public feud for some time, so it's by far the first time for the "Candy Shop" spitter and his own flesh and blood got involved in words of war. On Father' Day, his first-born trolled his dad with a photo of himself sitting alone at a restaurant with two empty plates.

The two reportedly were in a bad shape after Tompkins, who split from the actor/rapper in such a dramatic fashion, sued him for $50 million over an oral agreement she claimed he made to take care of her for life. The suit, however, was tossed out in 2009.

50 Cent Unsure About Participation in Pop Smoke's Next Posthumous Album