The fantasy film itself will be directed by Ana Lily Amirpour and revolves around a mental asylum escapee with unusual powers who tries to make it on her own in New Orleans.

The actress, who welcomed a daughter named Rani Rose with her boyfriend Danny Fujikawa earlier this month, has signed on for a leading role in the movie, according to editors at Deadline.

To be helmed by writer-director Ana Lily Amirpour, "Blood Moon" will tell the story of a girl with unusual powers who escapes from a mental asylum and tries to make it on her own in New Orleans.

Actor Craig Robinson, perhaps best known for his role as Darryl Philbin in the U.S. version of "The Office", has been cast in the flick too, and Zac Efron is in talks for an undisclosed part.

No other casting details have been announced, though production is due to begin in spring 2019 - giving Kate time to complete her maternity leave.

John Lesher, who won an Oscar for his role in making 2014 movie "Birdman", is onboard to produce "Blood Moon" and has praised Los Angeles-based filmmaker Lily's concept.

"Lily's unique vision and poetic style sets her apart from the pack," he told Deadline. "She is truly one of the most exciting filmmakers working today."

Lily made her feature debut with drama-horror "A Girl Walks Home Alone at Night" in 2014 and has since directed episodes of TV shows such as "Legion" and "Castle Rock".

Meanwhile, Kate was last seen onscreen as Eleanor Strubing in biographical drama "Marshall". The star, who is also mother to sons Ryder, 14, and seven-year-old Bing from previous relationships, will appear in singer Sia Furler's forthcoming movie "Music" as well, which details the story of a sober drug dealer and their disabled sister.

And Zac is currently in the post-production phases of Matthew McConaughey comedy "The Beach Bum" as well as "Extremely Wicked, Shockingly Evil and Vile", a biographical film about the crimes of serial killer "Ted Bundy". 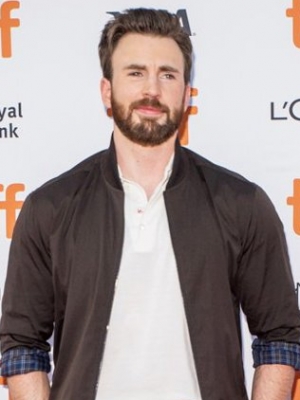