The reality TV star gets called out on Instagram after posting a racy picture of hers in a very tiny bikini.

AceShowbiz - While Kim Kardashian's famous curves will always be a feast for the eyes for some people, not a few are fed up with her sexy snaps. Most recently, the mother of three took to her Instagram account to share a racy selfie of her wearing a tiny vintage Chanel bikini, leaving very little to the imagination. 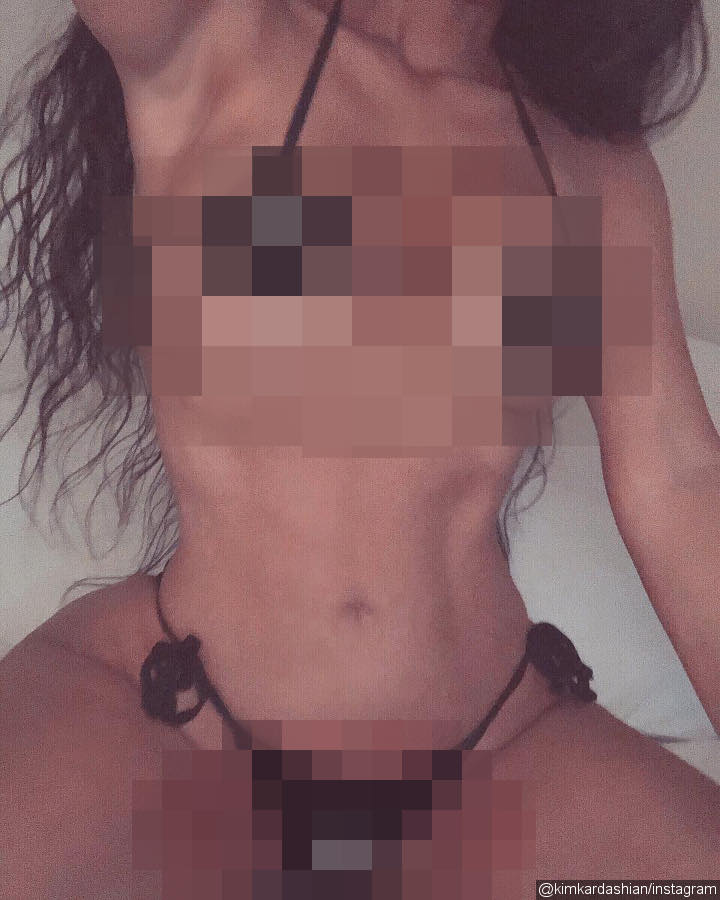 Kim Kardashian gets called out for sharing a racy bikini selfie.

But not all of the comments were nice. Some people called out the 37-year-old reality TV star for being "vulgar" and "desperate" for attention. "This is ridiculous," one user wrote. "This lady really loves attention. This is not normal."

"Seriously that’s just too much..," another commented. "So desperate and there is noooo way her chest is that perky naturally after 2 kids and she lost all that weight. She looks great, yes but enough with the pics. We get it," read another comment.

Another weighed in, "I don't [really] do this, but this time I feel like I must. What point really, showing off a body that is not made of anything but plastic. And for what for strangers to look at? Save it for your man instead. It's really sad and that's a call for desperate need of attention. You have three beautiful kids and a man that loves you. Be aware of your choices. You should be ashamed."

"she begging for attention," someone else accused the "Keeping Up with the Kardashians" star, while another stated that it's "time to unfollow Kim."

This isn't the first time Kim posted her picture in the itsy-bitsy bikini. On Monday, October 1, she shared an image of her wearing the black bikini while lying in bed and sticking her tongue out.

People already slammed her at the time, with one writing, "Why though .... your a mother dressing like this," and another weighing in, "She looks disgusting." Kim, however, didn't seem to pay attention to the haters' comments as she shared the racier pic on Friday.

'The Boys' Not Impressed With Superheroes in First Trailer