The former First Lady and presidential candidate is set to executive produce the small-screen adaptation of author Elaine Weiss' 'The Woman's Hour: The Great Fight to Win the Vote'.

The ex-First Lady and Secretary of State will draw on her political background to help develop the screen adaptation of author Elaine Weiss' The Woman's Hour: The Great Fight to Win the Vote.

Officials at Spielberg's Amblin Television firm have obtained the rights to the book, which was published in March and details the decades-long work of the activists in the suffrage movement to secure the right to vote for women.

"At the heart of democracy lies the ballot box, and Elaine Weiss' unforgettable book tells the story of the female leaders who - in the face of towering economic, racial and political opposition - fought for and won American women's right to vote," Clinton shares in a statement issued to The Hollywood Reporter.

"Unfolding over six weeks in the summer of 1920, The Woman's Hour is both a page-turning drama and an inspiration for everyone, young and old, male and female, in these perilous times. So much could have gone wrong, but these American women would not take no for an answer: their triumph is our legacy to guard and emulate."

"I am thrilled to be working with Elaine, Steven and everyone at Amblin Television on bringing this important project to audiences everywhere," she adds.

Amblin producers have yet to decide whether The Woman's Hour will be turned into a TV movie or a limited series, and a writer has yet to be announced.

Weiss will also be among the executive producers on the project, which will serve as Clinton's first foray behind the scenes of the TV industry.

The news emerges days after it was revealed she will be making a guest appearance on camera in the upcoming season of American TV hit Madam Secretary.

Clinton, who lost the 2016 presidential election to Donald Trump, will join Colin Powell and the first female Secretary of State, Madeleine Albright, among the guests who will feature in the fifth season Tea Leoni's show. All three held the real position Leoni's Elizabeth McCord has on TV, and her character will turn to her 'predecessors' for advice in the new season premiere, which airs in October. 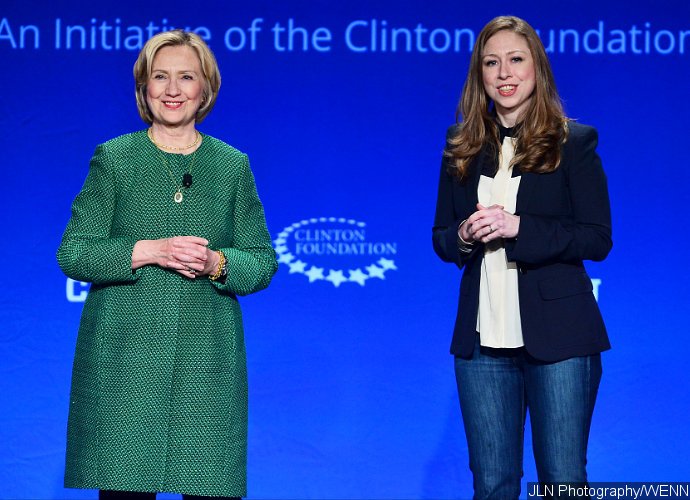