Jesse's sister Marisha Camp reported him missing on July 19 to the Riverside Police Department and has taken to social media to ask for people's help to find her brother.

AceShowbiz - Former MTV VJ Jesse Camp is reported missing. The Riverside Police Department confirms that they are currently investigating the disappearance of the winner of MTV's first "Wanna Be a VJ" contest in 1998 after his sister Marisha Camp "filed a report with our department last week on the 19th stating he was missing."

His sister reported his disappearance after he failed to respond to calls from herself and other family members, which, according to her, is unusual. While police "don’t see anything suspicious," police say he is still considered a missing person at this time.

Though Jesse does not live in Riverside, Officer Ryan Railsback of the Riverside Police Department tells PEOPLE that his sister "had been in contact with someone who had told her [Jesse] was in Riverside a week ago, and that he's been known to travel to the Inland Empire, and Riverside, from time to time." Marisha also told police that her brother "might have been depressed recently."

Marisha has taken to social media to spread the word about his disappearance and ask for people's help to find him. "If anyone has seen or heard from my brother since Saturday, please, please, please reach out to me or ask him to call home!! Thank you!!!!" she wrote on Instagram Stories on Saturday, July 21. 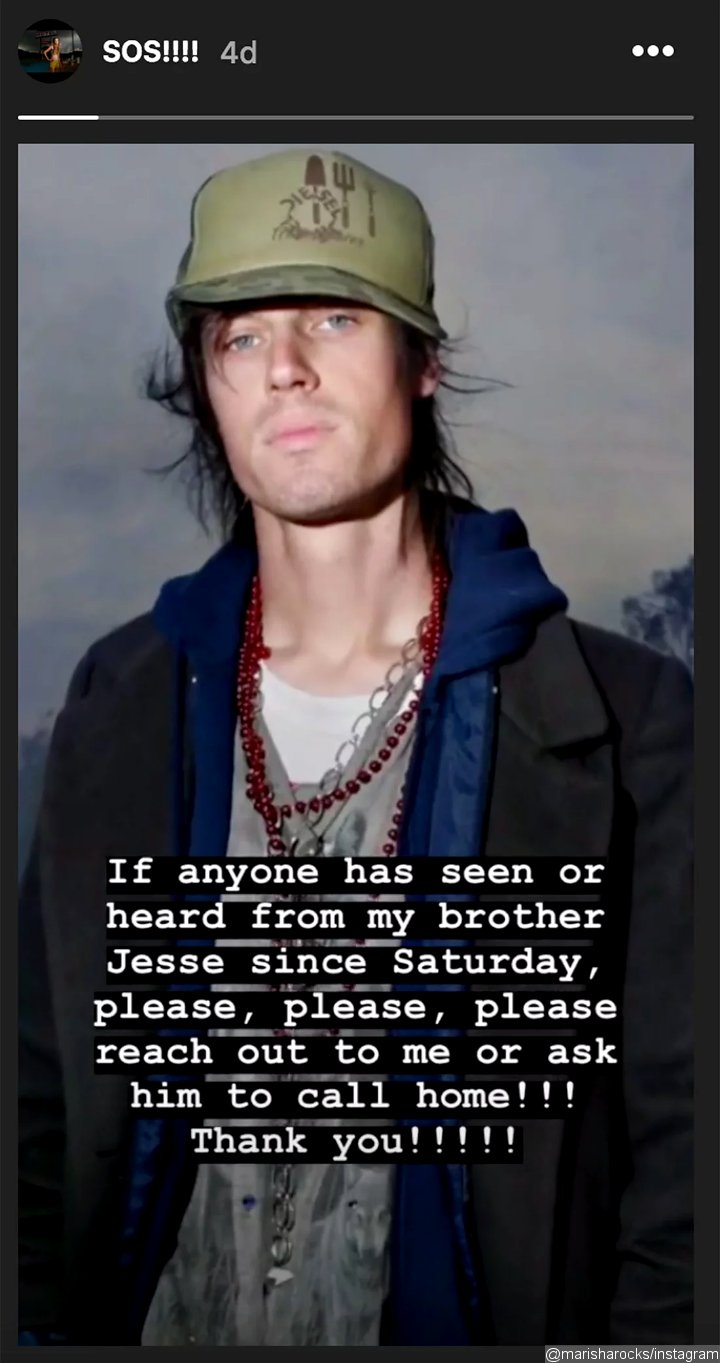 She also shared a photo of Jesse posing next to Meryl Streep and wrote, "I can't begin to thank everyone who reached out to express their concern and support after my brother Jesse went MIA. He truly has the most beautiful friends from all walks of life, and he is SO LOVED..."

"Thank you so much for your posts and tweets... (B&W pic by the incredible @terrymatlin, who has been SUCH a great friend...)," she continued. "Jesse was last seen in California last week but has not reached out to us yet. What he needs more than anything is kindness and love... please keep him in your prayers. If you see him, please let him know that many, many people care... (He does not need to be the subject of tabloid journalism, making everything worse.)"

She added, "(I'm quoting @terrymatlin here...) Jesse has always tried to bring light to other people, so let's bring it to him!" 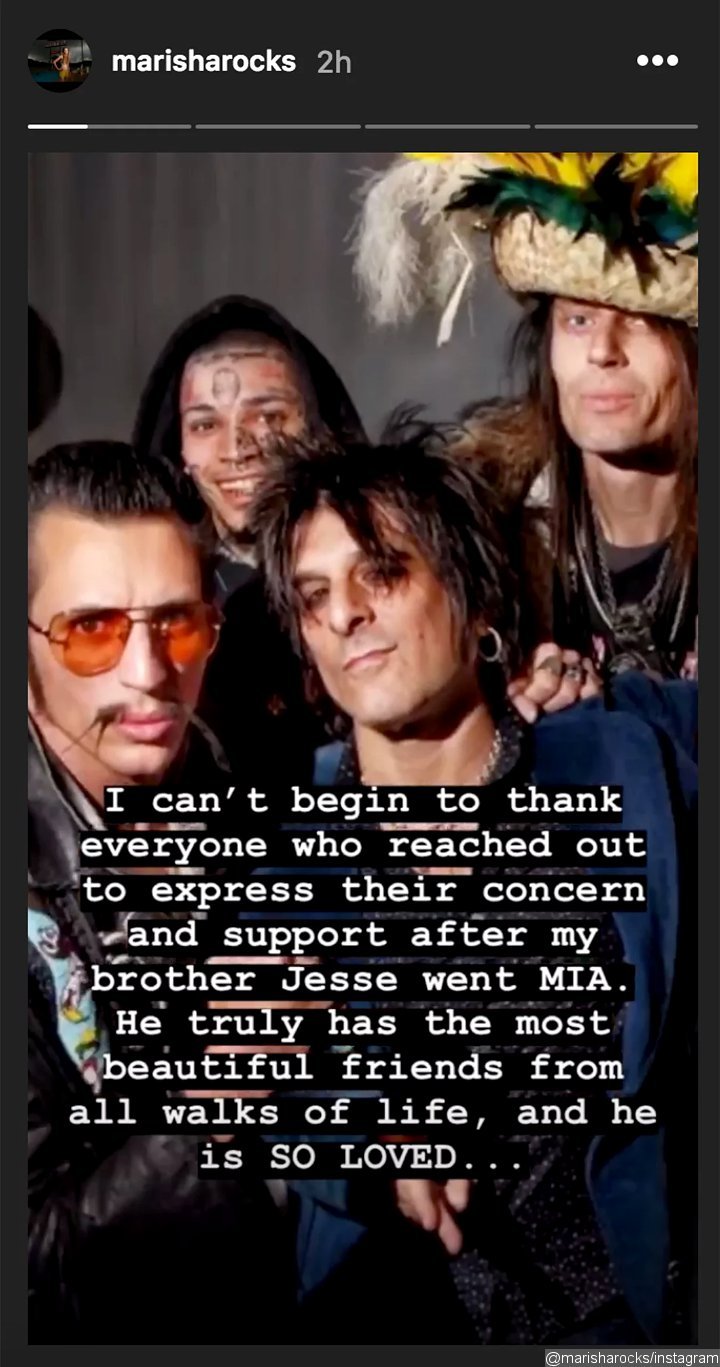 The former MTV VJ's sister has taken to social media to ask for people's help to find him.

Jesse, whose real name is Josiah Camp, received a $25,000 cash prize and a one-year VJ contract on MTV's "Total Request Live" following his win on "Wanna Be a VJ" contest. After his contract with "TRL" ended, the now 38-year-old star started a short-lived career as a rock musician, releasing an album titled "Jesse & the 8th Street Kidz" which featured a duet between him and Stevie Nicks.