AceShowbiz - Danica Patrick and beau Aaron Rodgers looked so in love when they arrived at 2018 ESPY Awards, on Wednesday, July 18, marking their red carpet debut as a couple. The sports couple posed on the red carpet before heading inside the Microsoft Theatre in Los Angeles, California.

Danica, who served as the host of the annual ceremony, stunned in a black one-shoulder mini dress featuring metallic polka dots and a pair of black strappy gladiator heels. Aaron, meanwhile, looked handsome in a classic black suit. 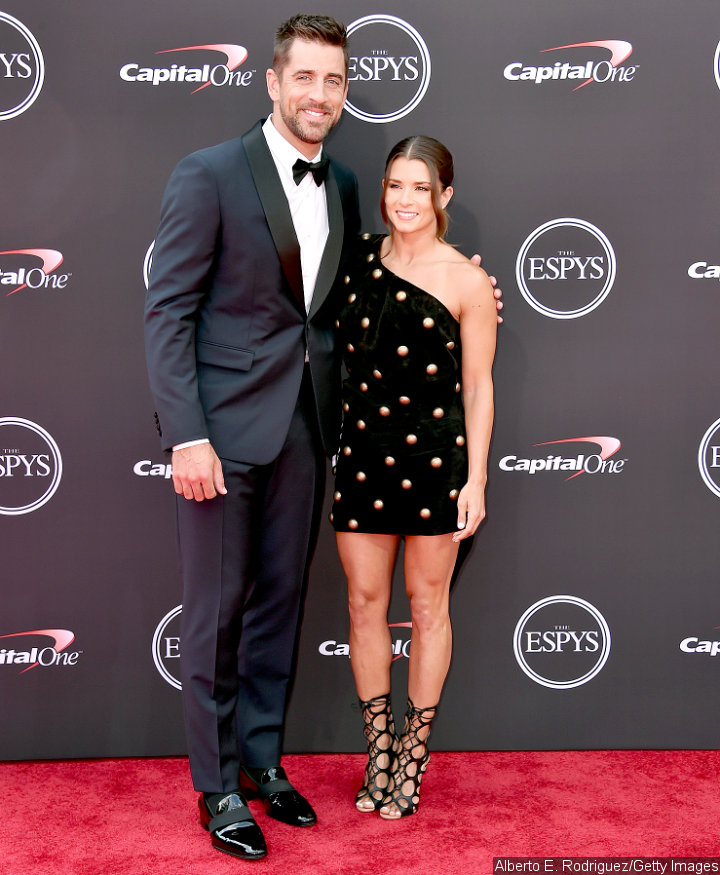 ESPYs became a special event for the couple, given the fact that they met each other for the first time in 2012 on the same occasion. At that time, the former professional racing car driver attended the ceremony with her former lover and fellow driver Ricky Stenhouse Jr., while the NFL quarterback arrived with his actress ex-girlfriend Olivia Munn.

"We met at the ESPYs back in 2012," the 38-year-old driver revealed in an interview on SiriusXM's "The Jenny McCarthy Show". "We both remember, we remember meeting each other, it was quick," she told Jenny McCarthy. "But I got his email address and I remember thinking to myself back then, 'Oh...not a phone number, just an email address,' whatever."

"We kept in touch just a little bit, there were some years I don't think we talked to each other and then some, every now and again, but it wasn't until obviously recently that we actually had phone numbers," the Wisconsin native continued. "We referred to each other as 'Chicago' and 'Green Bay.' It was very cute. Like the Capulets and the Montagues, you know."

The lovebirds were first spotted having a dinner date in January and one month later, Danica confirmed their relationship. The race car driver also gushed over her boyfriend's personality on "The Rachel Ray Show" in April. "He's funny, he's very kind, he's thoughtful, he's super smart, and he's really good at football," Danica said. "And he's tall and he's big, and I like that."