Ellen Barkin Calling on Youth to Take Over Hollywood

The 'Sea of Love' star thinks nothing will change for women if the movie industry is dominated by old white men.

AceShowbiz - Movie veteran Ellen Barkin is calling on the youth to take over Hollywood because nothing will change for women if the movie industry is dominated by old white men.

In a new essay for InStyle magazine's new Bada** Women issue, the "Sea of Love" star insists the #MeToo and Time's Up movements won't change Tinseltown for actresses because old bosses refuse to step down and let 30-somethings take over.

The 64 year old insists Hollywood has always been tough on women, and she sees no signs of that changing, despite the rise of movements linked to equal pay and female power.

"Do I think that the ill treatment of women in the entertainment industry will disappear?" she asks herself in the piece. "No, I don't. Not in my lifetime anyway. We're talking about centuries of ingrained behavior, and considering we are an industry that trades on sex, I don't ever expect to see any other real dynamic.

"The truth is, big-studio executives are old. They're my age and even older, and this is something I've been talking about a lot lately: Men just will not move over. Your time is up, dude. Now say thank you for everything you got and move the f**k over... Why are the guys running these businesses between the ages of 60 and 80? The only audience they care about is 19-to-35-year-olds, so get a 35-year-old to green-light movies!

"They're not doing anything wrong; they just aged out of the job, just like I can't do 10 pull-ups anymore. Men will just wait you out. They refuse to get old. This whole fantasy about women freaking out over aging - that's bulls**t. It's the men who are hysterical." 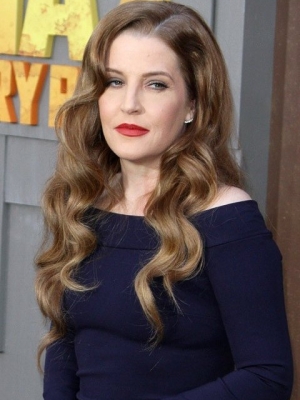