The daughter of Alec Baldwin and Kim Basinger goes full-frontal naked in the racy picture by The Kandel Studio.

AceShowbiz - Sunday's are for the nudes, according to Ireland Baldwin. So, she took her Instagram account on May 6 to share yet another racy picture from her recent beach photo shoot. The 22-year-old model stripped down to her birthday suit without any single cloth covering her body in the black-and-white snap.

She bended on her knees on the beach and leaned backward with one hand on the sand to support her upper back, while she put another hand on her head, showing off her killer figure. Her short blond hair was wet. She hid her private parts with black scribbles. 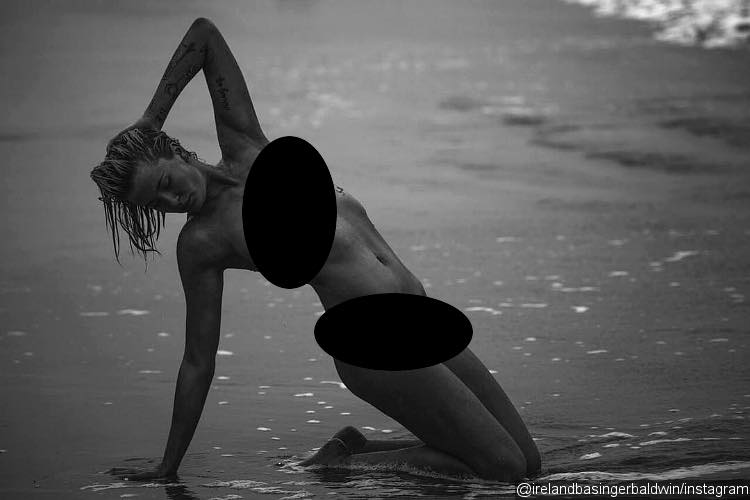 Ireland had previously shared other racy pictures from the same beach photo shoot taken by The Kandel Studio. She also went completely naked in one of the shots, as she held her hands up to her head while her legs were angled in a way which kept her modesty.

The daughter of actors Alec Baldwin and Kim Basinger wore a clingy dress that flaunted her nipples in another NSFW image. 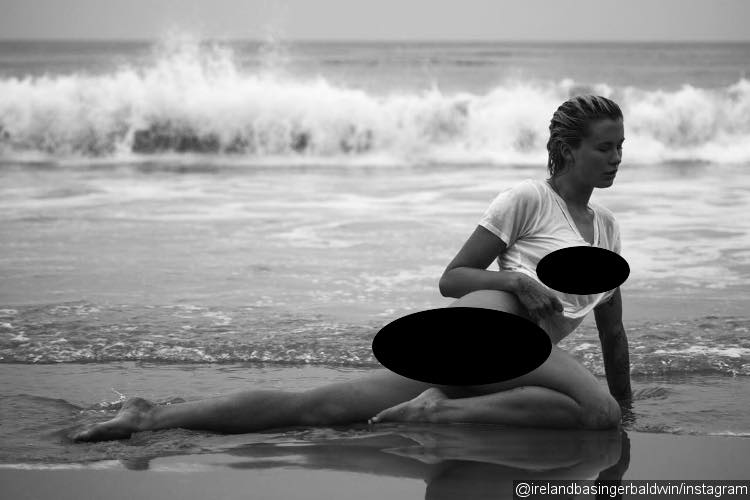 The 22-year-old model goes bottomless in another racy picture taken from the same photo shoot.

A few days later, she posted another picture showing her going bottomless while sitting on the beach. Her nipples poked out of her white T-shirt and she went braless underneath the wet top.

Earlier this year, the blonde beauty followed in the footsteps of her mother Kim by posing in the nude for PETA's anti-fur campaign. She wore nothing but her birthday suit as the phrase "I'd Rather Go Naked Than Wear Fur" covered her goods.

Sharing the snap on her Instagram account, the blonde beauty wrote, "I've dreamt of shooting this for as long as I can remember." She added, "If you don't truly know what goes into making fur, please educate yourself. Fur is cruel no matter what. If you wouldn't skin and wear your own dog, then you shouldn't wear fur at all because all animals are created equal. Save our animals, save our planet and join me and #peta in making more conscious choices."

The photo came almost 25 years after her mom Kim Basinger did the same thing in support of the animal rights organization. "I saw the images from when my mom shot this campaign so it's something I've aspired to do," she said of following the footsteps of her mom. "Since I was a little girl I wanted to do something for PETA. This is something my mother has fought her entire life and has advocated for and something I am trying to do as well."

Ireland Baldwin Rings in the New Year With Pregnancy Announcement