The Black Widow depicter admits she's 'excited' to attend the premiere of the third 'Avengers' movie with her boyfriend, adding, 'You know - get some laughs in and enjoy it.'

AceShowbiz - Scarlett Johansson has finally made it official with her boyfriend Colin Jost, almost a year since they were first reported dating. The 33-year-old actress and the 35-year-old comedian made their red carpet debut as a couple at the premiere of her movie "Avengers: Infinity War" in Hollywood, Los Angeles on Monday, April 23.

The Black Widow depicter literally shone in a silver strapless dress with a black belt, while the "Saturday Night Live" star looked sharp in a black suit and tie. They were all smiles as they posed together on the red carpet (which was actually purple) with linking arms, occasionally gazing at each other with sweet looks. 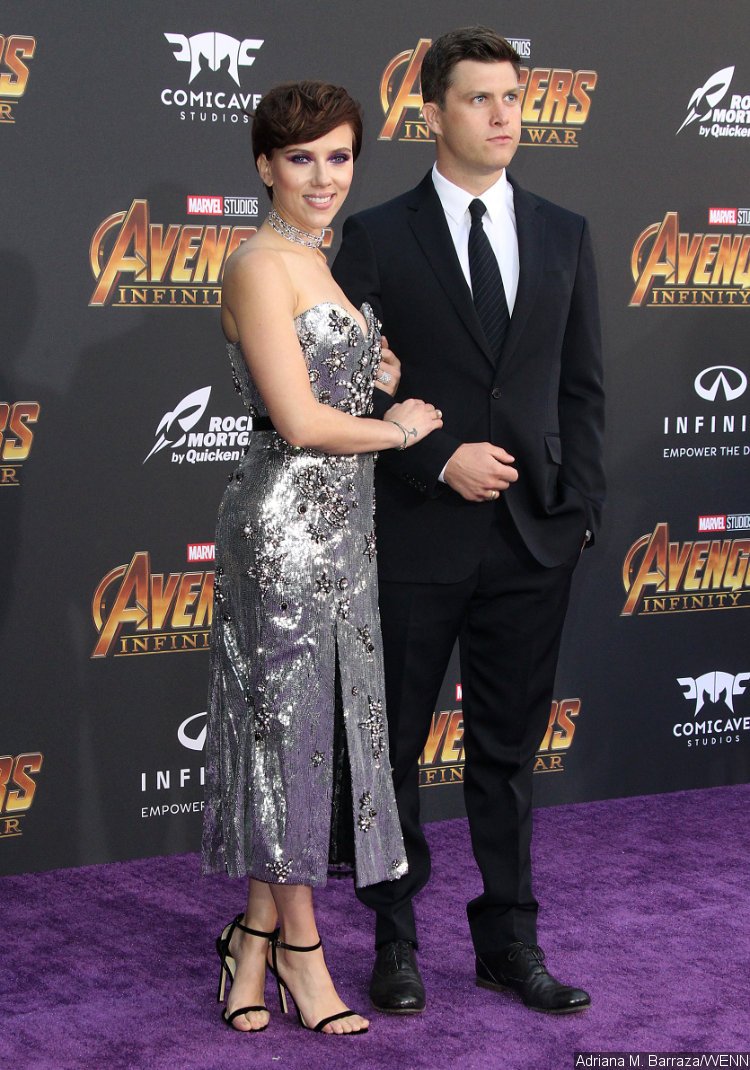 Speaking to Entertainment Tonight at the event, Scarlett admitted she was "excited" to have her beau by her side that night. "It was alright. It was not bad, you know - get some laughs in and enjoy it," she told the site. "I'm just excited to share this experience with him because I'm so excited to see the film. I haven't seen it before!"

Scarlett and Colin first sparked dating rumors when they were spotted making out in May 2017 during the after-party for "Saturday Night Live" last season finale. They have been keeping their relationship private, but they're reportedly getting serious as they have met each other's parents.

The couple also celebrated Scarlett's early 33rd birthday together in a romantic dinner at the Tavern at the 1700 House in East Hampton on November 20. They went public for the first time when attending the American Museum of Natural History Gala in New York City in November last year, but they graced the red carpet separately at the time.

The "Lucy" actress was previously married to Ryan Reynolds from 2008 until 2011. She has a daughter, Rose Dorothy Dauriac, with French businessman Romain Dauriac whom she married from 2014 before they separated in mid-2016. Their divorce was finalized in September 2017.

Jon Favreau Reveals Whether or Not He Appears in 'Avengers: Infinity War'

Celebrities You Didn't Know Were Twins