'I'm really looking forward to sharing the film with audiences regardless of what their political views are,' the helmer says after informed about the group's threat against the upcoming Marvel movie.

AceShowbiz - While many are excited about "Black Panther" for having a black superhero as its main character, some people don't feel the same. In fact, a Facebook group called Down With Disney's Treatment of Franchises and Its Fanboys has tried to sabotage the film.

The group's moderator described himself as a member of the so-called alt-right. The group attempted to flood Rotten Tomatoes with poor audience scores for the upcoming Marvel movie, which opens in theaters across the nation on February 16.

Contacted by The Huffington Post, the moderator claimed "Black Panther" was using "corporate manipulations which created falsified bad press for the DCEU (DC Extended Universe)." The page stated, "It's time to strike back at all those under Disney and bring down the house of mouse's actions for paying off the critics that hurt DC Comics on film and for other parties affected by them."

The moderator claimed they had campaigned against "Star Wars: The Last Jedi" and "the sudden rise in those disgruntled with Disney business practices" which was a "success." He also revealed that they would be making similar actions in response to "Avengers: Infinity War" and unspecified Netflix shows to "rally together to truly make a difference."

"Black Panther" director Ryan Coogler, who admitted he hadn't heard about the group's threat, has responded to it. He said, "For me, I'm looking forward to everybody seeing the film. I'm really looking forward to sharing the film with audiences regardless of what their political views are ... that's kind of where I [stand on that]."

Asked about his thoughts on Rotten Tomatoes ratings in general, Coogler said, "It ... can be an oversimplification of what critics are saying about a movie. It's quicker to look at the consensus than it is to read the articles. But I'm a person who definitely respects film criticism and draws on it in the filmmaking process."

Meanwhile, Rotten Tomatoes has denounced the group, saying in a statement, "We at Rotten Tomatoes are proud to have become a platform for passionate fans to debate and discuss entertainment and we take that responsibility seriously. While we respect our fans' diverse opinions, we do not condone hate speech. Our team of security, network and social experts continue to closely monitor our platforms and any users who engage in such activities will be blocked from our site and their comments removed as quickly as possible."

The Down With Disney page is no longer available on Facebook on Friday, February 2, but reps for the social media site have not responded to a request for comment.

Starring Chadwick Boseman as the titular character a.k.a. T'Challa, "Black Panther" follows T'Challa who, after the death of his father, the King of Wakanda, returns home to the isolated, technologically advanced African nation to succeed to the throne and take his rightful place as king.

But when a powerful old enemy reappears, T'Challa's mettle as king - and Black Panther - is tested when he is drawn into a formidable conflict that puts the fate of Wakanda and the entire world at risk. Faced with treachery and danger, the young king must rally his allies and release the full power of Black Panther to defeat his foes and secure the safety of his people and their way of life.

Stephen Curry and Ayesha Are Expecting Baby No. 3 - See the Cute Announcement

Jennifer Aniston on 'Friends' Reunion: 'Anything Is a Possibility'

Report: Chadwick Boseman Could Be Replaced as Black Panther Due to Pay Dispute 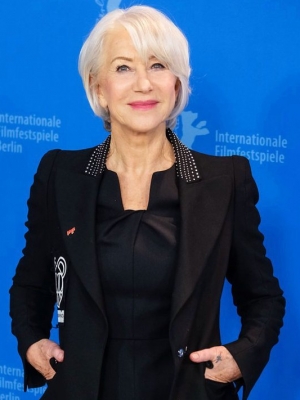